Mazda3 Turbo with AWD revealed in Mexico with 227 bhp 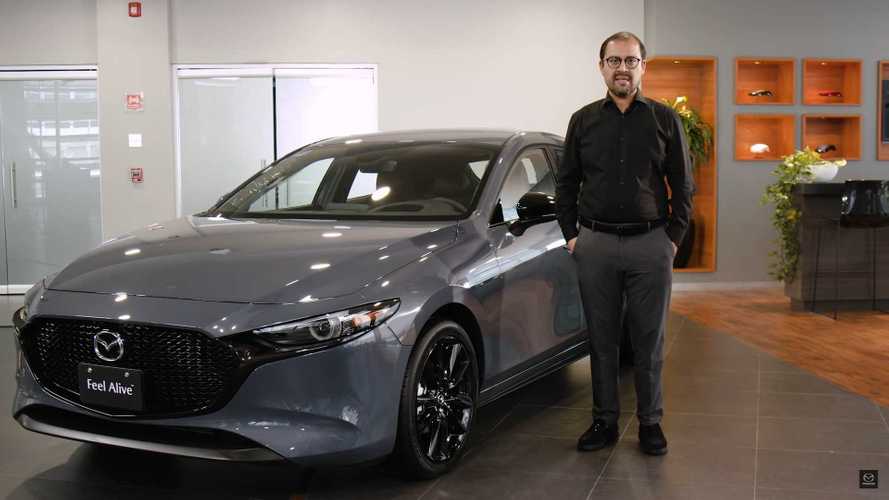 Mazda USA has a video on YouTube announcing a July 8 reveal of what everyone believes is a turbocharged Mazda3, but their neighbours in Mexico couldn’t wait until then. The more potent variant of the compact hatchback has made an unexpected early debut on Mazda Mexico’s YT account, with the company’s regional president going through the juicy specs.

Without further ado, the 2021 Mazda3 with a turbocharged petrol engine uses a SKYACTIV-G Turbo 2.5-litre unit producing 227 bhp and 310 pound-feet (420 Newton-metres) of torque. If these numbers seem familiar, that’s because you can have the very same engine in the Mazda6 and the CX-5, for example. It works exclusively with a six-speed automatic transmission sending power to both axles.

It’s unclear at this point whether the new model will be available in Europe, although we wouldn't hold our breath. One can only hope.

Despite the beefier internals, don’t go into thinking this is a US market Mazdaspeed 3 revival since the car looks just about the same as the regular model. It comes generously equipped in Mexico with a 12-speaker Bose sound system, electric sunroof, 18-inch wheels, and automatic LED headlights. It’s scheduled to go on sale locally from July 20 and will be offered in Grand Touring and Signature trim levels, priced from $489,900 pesos and $529,900 pesos, respectively. That works out to about $22,000 for the base trim and $23,800 for the fancier variant.

Fans of the Zoom-Zoom company have been waiting for Mazda to infuse more power in the 3 ever since the current generation was launched at the end of 2018, and now they’re finally getting a stronger engine. It may not be a fully fledged hot hatch, but it’s a step taken in the right direction. A manual would make more sense given the performance-oriented nature of the car, but you only get two pedals. Come 2021, a saloon equivalent will follow in Mexico.