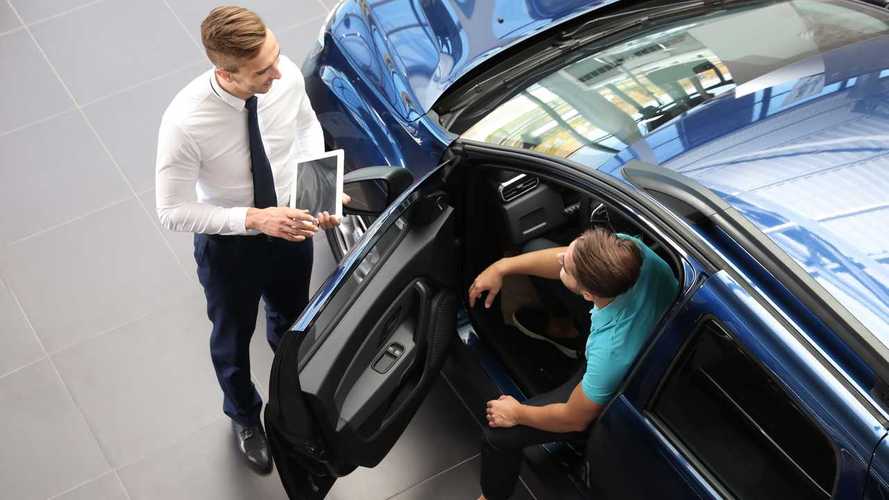 The SMMT says improved sales in June "barely" represent a restart for the sector.

New car sales are getting closer to normal levels as lockdown eases, but a leading industry body has urged against over-optimism for the sector. Figures published today by the Society of Motor Manufacturers and Traders (SMMT) show new car registrations were down by more than a third in June – a marked improvement on the figures for April and May.

According to the SMMT’s data, 145,377 new cars were registered last month, leaving sales down by 34.9 percent on the number seen in June 2019. Nevertheless, that result follows pitiful performance in April and May, when new car registrations were almost entirely wiped out by the coronavirus lockdown.

More on car sales amid the Covid-19 crisis:

Those of an optimistic disposition may seek further solace from the fact that showrooms in Scotland and Wales remained closed for much of June. And although dealers in England were allowed to reopen their doors, the SMMT says one in five remained closed last month.

Supporters of electric cars will have cause for optimism, too, as registrations more than trebled compared with June 2019, despite the lockdown-related downturn. Last month saw 8,903 new electric cars hit the roads of the UK, up from just under 2,500 in the same month of 2019.

By the same token, plug-in hybrid registrations were also on the up, with registrations doubling to almost 5,000 in June 2020, while sales of conventional hybrid cars were also up. And mild-hybrid sales rose noticeably as car makers continue to add the tech to models previously powered by ‘normal’ petrol and diesel engines.

Despite those crumbs of comfort, however, the SMMT is downplaying the sector’s chance of recovery. The organisation, which represents the UK’s car makers and dealers, says much of the improvement in fortunes could be due to customers collecting “pre-pandemic orders”, and “uncertainty” remains about the true state of consumer demand.

“While it’s welcome to see demand rise above the rock-bottom levels we saw during lockdown, this is not a recovery and barely a restart,” said Mike Hawes, the SMMT’s chief executive. “Many of June’s registrations could be attributed to customers finally being able to collect their pre-pandemic orders, and appetite for significant spending remains questionable.

“The government must boost the economy, help customers feel safer in their jobs and in their spending and give businesses the confidence to invest in their fleets. Otherwise it runs the risk of losing billions more in revenue from this critical sector at a time when the public purse needs it more than ever.”