The R-Line model also poses for the camera.

After introducing the next generation of Europe’s best-selling estate with the Skoda Octavia 4 Combi, the Volkswagen Group is now rolling out an updated version of the most popular SUV on the Old Continent. The mid-cycle update for the Tiguan is more than just the usual facelift as it brings an extension to the family of models with the introduction of the eHybrid and R.

To better show off the electrified and performance derivatives, VW has released a couple of videos that allow us to get acquainted with the newcomers. In addition, the regular Tiguan is also being featured in the sporty R-Line specification. Of the three, we’d obviously go for the full-fat R model, but the other two models have a lot going for them as well.

We’d argue the Golf-esque design inspiration perfectly suits the Tiguan, and while it’s far from being the most exciting compact crossover, it’s a massive commercial success. It’s the VW Group’s best-selling model, with approximately 911,000 units produced in 2019, so the company had to make sure the facelift wouldn’t mess around too much with an already profitable recipe.

From the matrix LED headlights to the 2021 Arteon-like touch climate controls, the revamped Tiguan boasts a lot of new high-tech goodies. The evolved adaptive cruise control can now work at speeds of up to 130 mph, while the infotainment is actually the Group’s new MIB3 system with 10 times the computing power of the old setup.

With the Tiguan’s comprehensive facelift, VW is also adding a new optional 480-watt Harman Kardon sound system and fancy steering wheel with touch controls. Underneath the revised skin you'll find the company's most efficient petrol and diesel engines, with VW stating that its latest TDIs are “among the cleanest combustion engines in the world.”

The most important novelty for enthusiasts is the 316-bhp engine for the Tiguan R, a turbocharged 2.0-litre unit generating 310 lb-ft and shared with the Arteon R as well as the upcoming Golf R. The engine works with a dual-clutch seven-speed automatic transmission and a new 4Motion system benefiting from selective wheel torque to boast handling and grip. 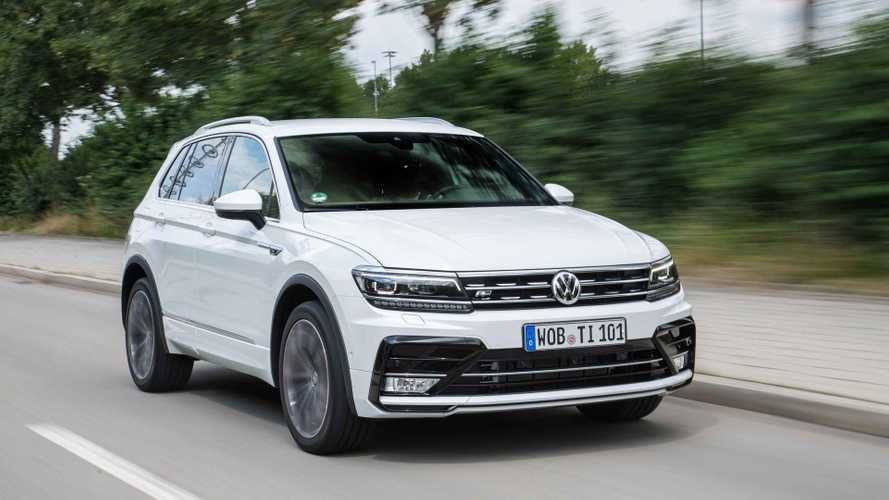