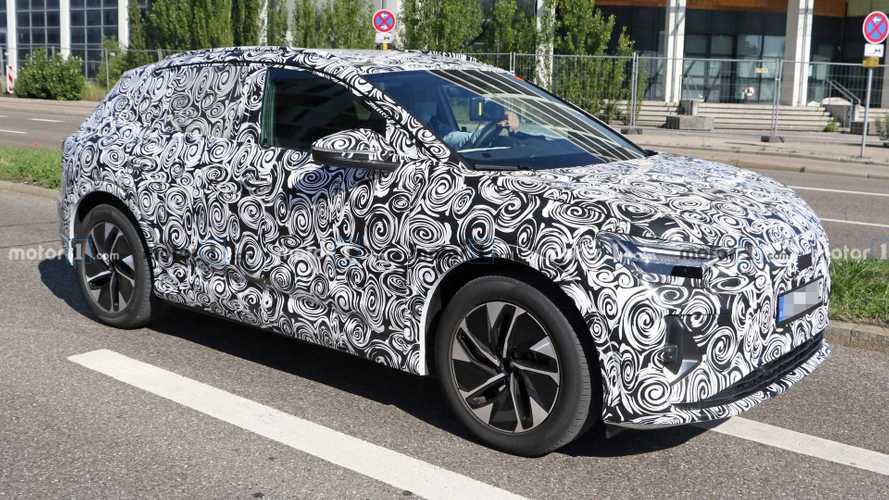 No more hiding underneath the VW ID.4's skin.

Back in April when our spies caught the Audi Q4 E-Tron for the first time, it was nothing more than a test mule wearing the Volkswagen ID.4’s clothes. Much like the E-Tron GT production version won’t stray away too far from the namesake concept, the new electric crossover from Audi will stay true to last year’s showcar. At least that’s the vibe we’re getting after checking out these 20+ images our spies sent us this week.

It has gone through the usual changes that occur when transitioning from a concept to a road-going vehicle, such as gaining conventional door handles and bigger side mirrors. The alloy wheels don't seem as large as the 22-inch set the Q4 E-Tron concept had last year in Geneva and the lights don’t look as fancy. We’re also noticing the massive air inlets of the concept are gone, and there’s a pretty good chance the front grille has been subjected to a few changes as well.

From concept to test mule to production:

Despite these tweaks, the production-ready variant will remain largely faithful to the 2019 concept and serve as a premium alternative to the aforementioned ID.4. The two will be mechanically related by riding on the same MEB platform, but the added sophistication and those desirable Four Rings will translate into a higher price tag.

The Q4 E-Tron is expected to feature a dual-motor setup enabling an electric Quattro system as the concept had. Chances are the final technical specifications won’t be that much different, with Audi quoting a combined 302 bhp (225 kilowatts) for the four-seat showcar it exhibited over a year ago in Switzerland. The electric muscle ensured a 0 to 62 mph (100 km/h) sprint in 6.3 seconds and a top speed electronically governed at 112 mph (180 km/h).

The floor-mounted battery pack with a capacity of 82 kWh had enough juice for a range of more than 280 miles (450 kilometres) per WLTP. With 125-kW charging capabilities, the concept’s depleted battery can be recharged to an 80-percent level in a little over half an hour.

Our spies weren’t able to take a peek inside the cabin this time around, but we’ve attached images of the concept to get an idea of what the production model will be like. “Minimalist” is probably the right term to use since there are very few conventional controls, with most of the functions embedded into the 12.3-inch touchscreen.

The wraps will come off later this year as Audi recently confirmed the Q4 E-Tron’s official debut will still take place in 2020 despite the coronavirus pandemic. It’s the same story with the Porsche Taycan’s sister model, the E-Tron GT electric saloon.