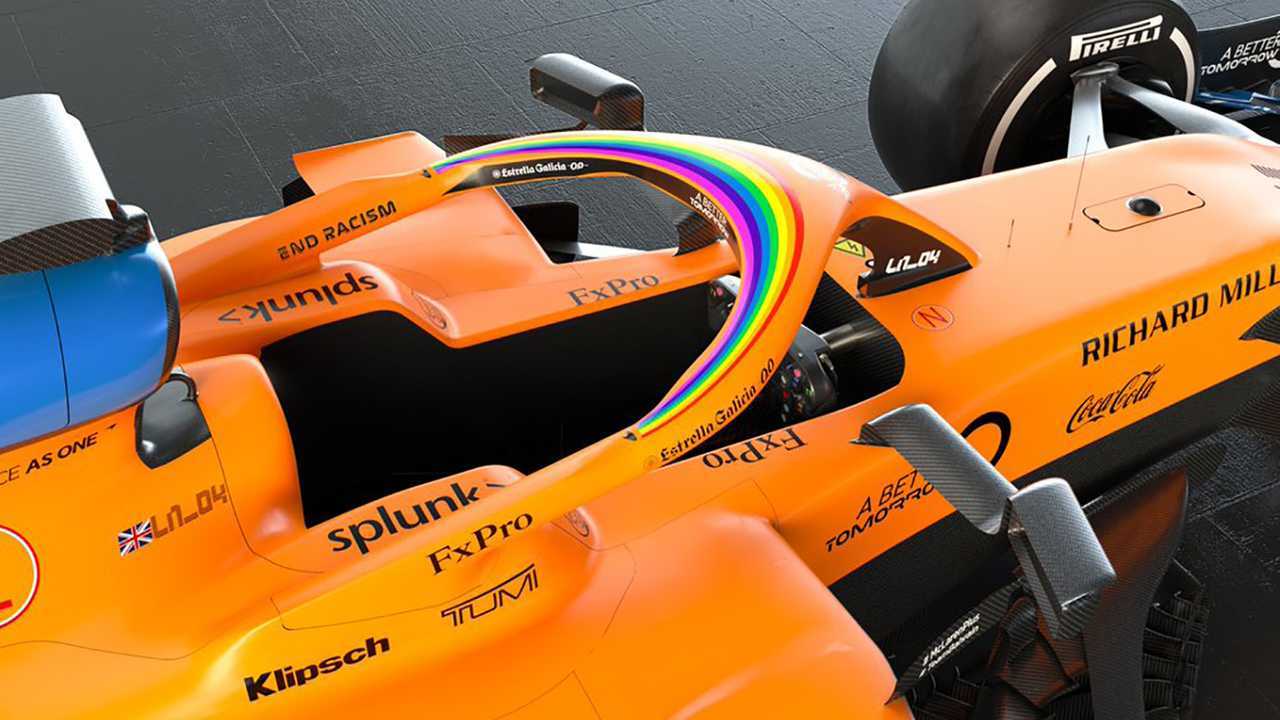 The McLaren Formula 1 team has tweaked its MCL35 livery ahead of this weekend's Austrian Grand Prix.

Last week McLaren pledged its support to Formula 1's #WeRaceAsOne campaign, which aims to raise money for charities around the world who are fighting against COVID-19, while also recognising frontline workers who are tackling the pandemic

Ahead of this weekend's opening round of the revised 2020 Formula 1 season, McLaren has updated its livery to promote the campaign, while also carrying anti-racism messages on the cars of Lando Norris and Carlos Sainz.

In addition to a rainbow on the halo, the rainbow colours also feature on the sidepod of the MCL35. The car will also carry the 'End Racism' message on the halo.

The Woking outfit announced it will launch a range of special merchandise, with all profits going to the campaign.