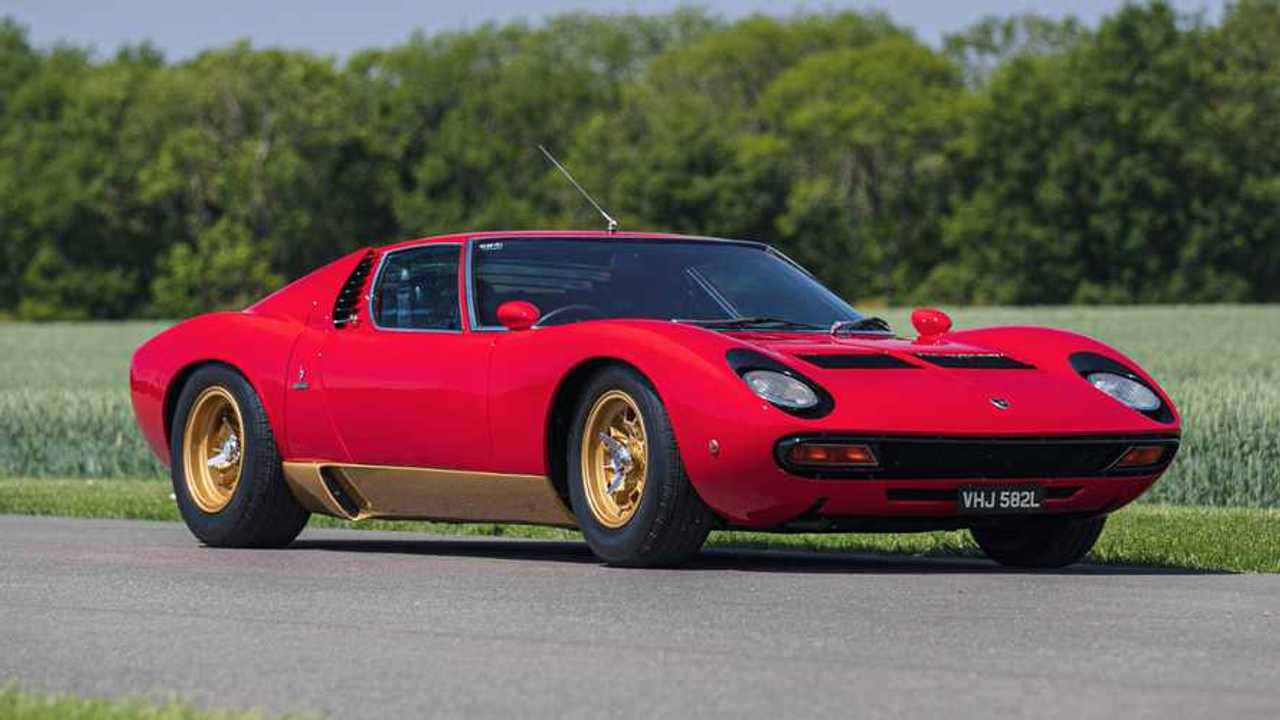 The Lamborghini Miura is often regarded as the first true supercar. It's a special machine, so when one comes up for sale, we take notice. Even if we can't afford one after a whip around in the office.

Silverstone Acutions' upcoming online sale on 31st July 31-August 1 will be headlined by this stunning 1972 Miura SV, which lays claim to various 'one of...' honours. It's one of 762 Miuras, one of 147 SV models, one of the final 94 made with the split sump engine (the pick of the bunch), and one of just 11 right-hand-drive models ever built.

More on the Miura

Watch A Lamborghini Miura Drift In The Snow

In fact, only nine right-hand-drive models were originally intended to be built, but the Australian Lamborghini importer at the time was so keen to get hold of two cars that the factory offered up chassis  5036 and 5002, which were both converted from their original spec before heading down under.

The car for sale is chassis 5036, and was completed on March 31 1972. It came with optional factory-fitted air conditioning, limited-slip differential, and a radio pack.

It passed through four owners during its life in Australia, including Lamborghini Australia which purchased the car from its second owner in 2004, having kept it for 29 years.

In 2010, following a major restoration, the car was shipped to the UK in 2010 where it found its way into the hands of its fifth owner and was later subject to a full exterior repaint in its original Rosso Corsa red hue.

"We are absolutely delighted to be offering this car in our flagship auction. The Miura is the original supercar which set the standard and this one is in a highly original condition which sets itself apart from others," said Nick Whale, Silverstone Auctions managing director.

"It has been exceptionally well maintained and has a distinguished history, having spent the majority of its time forming part of significant private collections.

"Amazingly, being in right-hand drive there is more space and also more comfort, allowing for easier use of the close pedal configuration."