UK car manufacturing facilities remained quiet in May despite production officially restarting at various factories. That’s the story told by new figures from the Society of Motor Manufacturers and Traders (SMMT), which show last month’s output was down 95 percent compared with the same period in 2019.

May 2020 was the industry’s worst May since 1946, with just 5,314 cars rolling off British production lines – a 95.4 percent drop compared with the 116,035 that were built in May 2019. That said, the figure does represent a sizeable increase on the 197 cars built in April this year, when the coronavirus lockdown was at its most stringent. 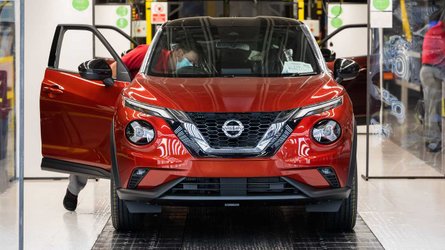 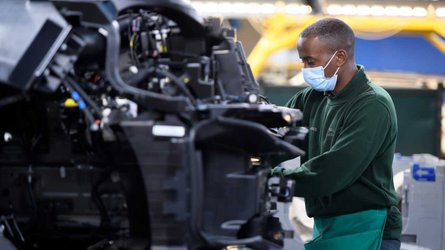 Even though some factories restarted production last month, including Bentley’s Crewe plant and Jaguar Land Rover’s Solihull facility, they were still operating at a fraction of their normal capacity. According to the SMMT, around a third of UK plants simply remained closed throughout the month.

But reduced capacity wasn’t the only issue. With social distancing measures and financial difficulties all too evident across the globe, the SMMT says demand for new cars has been hit hard. Even so, the UK exported 4,260 cars last month, while just over 1,000 went to UK buyers despite the fact new car showrooms did not reopen until June 1.

With production taking big hits in March, April and May, the total output for the first five months of the year is pretty low. As of the end of May, 324,763 cars had been built on these shores – a decline of almost 42 percent compared with the same period last year. The SMMT now expects fewer than one million cars to be built in Britain this year.

The news follows the SMMT’s call for government “support” to help the industry reboot following the coronavirus crisis. The government has announced a £73.5 million investment in green automotive tech, but the SMMT says it wants help boosting cash flow, such as tax relief measures and business rates deferral.

“May’s figures are yet more evidence of why the UK industry, like its global rivals, needs dedicated support to drive a successful restart,” said Mike Hawes, the SMMT’s chief executive. “Government assistance so far has been vital in keeping many businesses afloat, but the job isn’t done. Measures to boost cashflow, including additional and tailored finance schemes, tax relief and business rates deferral would deliver immediate results when liquidity is most acute.

“We have to retain the highly skilled jobs the sector provides but also ensure the business conditions are competitive so we can unlock the investment that will drive long-term recovery – a green recovery – which is inextricably linked to the sector’s success.”