This is the ultimate E-Type the factory never built 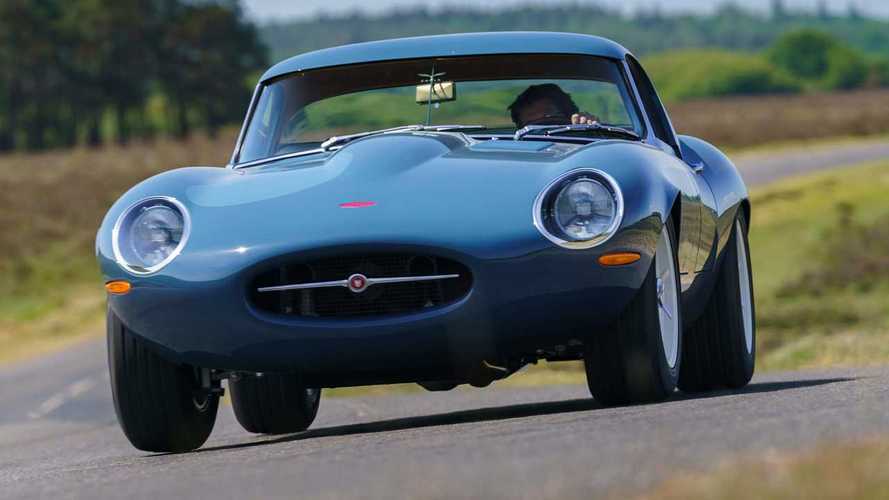 Eagle is back with another work of art.

Eagle has been perfecting the already brilliant Jaguar E-Type recipe for 35 years and now, after 8,000 hours of work, the British firm has revealed its latest creation – the Eagle Lightweight GT.

Back in the original Lightweight's run in 1963, just 12 were built. They followed the legendary XKSS of six years prior, a car that was basically a reworked version of the D-Type racer and famously owned by Steve McQueen.

Jaguar will sell you an original E-Type toolkit
⠀

In creating its new Lightweight, Eagle faced a bigger challenge than that of creating its three other E-Type Special Editions, the Speedster, Low Drag GT and Spyder GT. The process begins with an original Series 1 E-Type, which is completely stripped down, with every panel replaced with a modern lightweight equivalents that are handcrafted in-house.

The wheel arches have also been made bigger to accommodate new 16-inch peg-drive magnesium alloy wheels. They're inspired by the original Dunlop racing wheels but are wider and taller to accommodate modern tyres, and have a little more offset.

Under the bonnet is Eagle’s 4.7-litre version of Jaguar's own XK straight six – the same XK that Jaguar recently put back into production. Eagle's version puts out 380 bhp arrives at 5,750 rpm, and 375 lb ft of torque at 4,000 rpm.

It looks distinctly old-school, but there's modern methods in its construction. As well as the wheels, the re-engineered five-speed gearbox is made using lightweight magnesium alloys. There's also magnesium, Inconel, and titanium throughout the rest of the car's construction. The latest 3D printing has also been employed for things like the seat adjusters too.

Overall the car weight just 1017 kg, and that's with all the luxuries (including air conditioning) in place.

"An Eagle E-Type is always an ultimate development of the model, with each variation created for a different type of driver," said Eagle founder Henry Pearman. "Three years ago, a customer asked us to create Eagle’s vision of Jaguar’s ultimate E-Type, the Lightweight. The result of that project is the Eagle Lightweight GT, rigorously developed and proven and now ready for further builds."

"The factory Lightweight was a stripped-out racer. We wanted to retain that special feel of a 60s competition car from an incredible era in British motorsport, but with the comfort, refinement and reliability that would make it an exhilarating daily driver or long-distance GT."

Prices haven't been revealed, but if you have to ask... you know the rest.