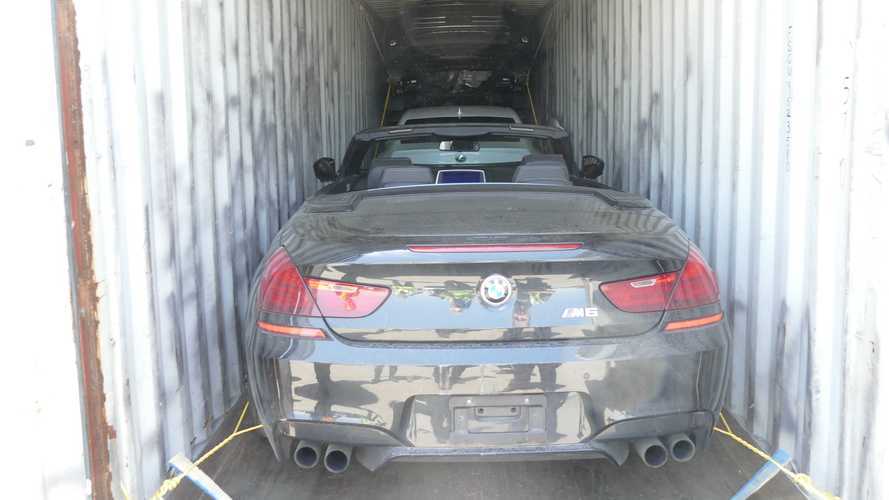 Mostly luxury and sports models heading to Turkey and Libya.

The vehicles you’ll see in the attached gallery below are most likely going to be available at auction companies selling salvage and clean title vehicles. The reason? The cars have been recovered by investigators with the York Regional Police Financial Crimes Unit, working in cooperation with the Canada Border Services Agency (CBSA) and Italian National Police. Here’s the story in short.

Motorious reports the cars, mostly luxury and sports models, had been stolen from the Greater Toronto Area and were destined to reach Turkey and Libya. First, the police in Italy discovered 30 cars in containers and shortly after their Canadian colleagues found another 10 cars in the process of being shipped overseas.

The investigation was started after the Canada Border Services Agency registered a suspicious export of a 2018 Audi Q7 back in April this year. The same vehicle was also investigated by the York Regional Police Financial Crimes Unit in an ongoing auto finance fraud investigation. The German SUV directed the attention of the services towards a number of other suspect vehicles.

“On Wednesday, June 10, 2020, investigators with the Financial Crimes Unit executed a search warrant at the offices of RS Royal Services located 53 Bakersfield Street, in the City of Toronto. As a result, investigators recovered further evidence and additional vehicles that are being investigated,” the official press release from the York Regional Police says.

According to preliminary estimations, Motorious reports, the recovered vehicles, which include a BMW M6, Mercedes-AMG GLC Coupe, and Chevy Camaro, are worth approximately $1.8 million CAD or about £1.1 million at the current exchange rates.