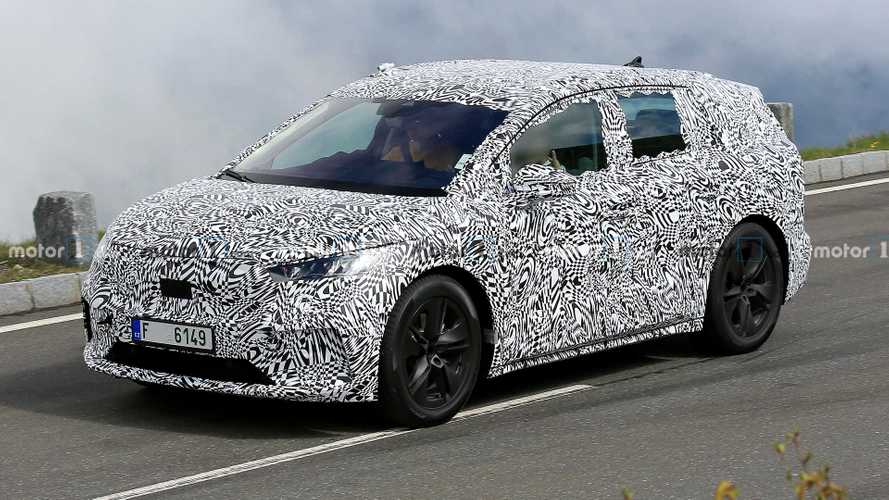 The VW ID.4 from Mladá Boleslav has entered the final testing phase.

Skoda teased the Enyaq iV at the beginning of May, but as you can see, there’s still some last-minute testing that needs to be done before the big debut later this year. Caught in the Alps, the near-production prototype was fully camouflaged, and yet we can already see its close connection to the Volkswagen ID.4 in the shape of the body.

It’s an important car for the Mladá Boleslav brand for a number of reasons. Not only is it the first vehicle to be developed from the ground up as an EV, but it also marks Skoda’s return to rear-wheel drive. In addition, the range-topping Enyaq iV RS will rock two electric motors for a combined 302 bhp, thus making it the company’s most powerful car ever.

Skoda's first RWD vehicle in the VW era is coming:

2021 Skoda Enyaq iV takes off the camo in realistic rendering

Skoda Enyaq iV teased as the company's most powerful car ever

Those prioritising range over power will skip the RS version and opt for the rear-wheel-drive single-motor variant with the bigger 82-kWh battery. That’ll do 311 miles (500 kilometres) between charges while still offering a decent 201-bhp from its rear-mounted electric motor.

While our spies weren’t able to get close to the prototype and see the cabin this time around, they did have a look inside a different prototype back in March. In addition, we also have some preliminary details shared by Skoda as part of the teaser campaign. It’s getting a tablet-like infotainment system measuring 13 inches, which can be complemented by a head-up display with augmented reality.

The MEB-based electric SUV should have a roomy interior given its electric nature and expansive wheelbase stretching at 2765 millimetres (108.9 inches). Not only will it have plenty of space for the driver and passenger, but it should also swallow their luggage with ease thanks to a cargo capacity of 585 litres (20.6 cubic feet).

With production scheduled to commence late 2020 and sales to kick off early 2021, we probably won’t have to wait much longer for the disguise to come off.