A new teaser video shows off the BMW M3 lapping the Nürburgring Nordschleife and driving on the roads around the famous track in an effort to develop the upcoming performance saloon's electronic assist systems. The four-door in this clip is still under some camouflage, but there are a lot of close-up looks at it to get a glimpse of some of the design details.

The most intriguing styling element for the new M3 is that it doesn't share the massive grille inlets from the 4 Series and future M4. The camouflage on this saloon conceals some of the kidneys, but a few shots reveal their size. The openings extend slightly below the headlights, but the look isn't nearly as ostentatious as the gargantuan nose on the coupe. 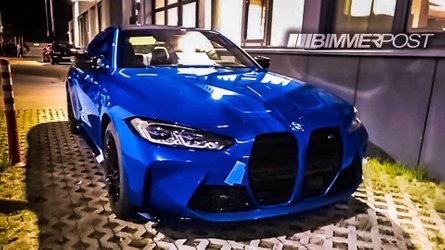 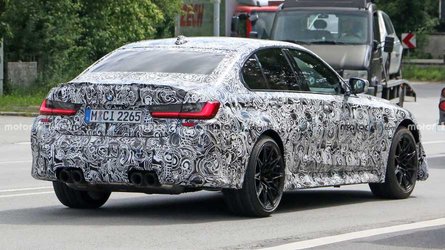 For the first time, the M3 will be available with all-wheel drive. Purists will still be able to get one with power only at the rear axle, though. According to this video, the AWD system uses an onboard friction coefficient meter that tells the electronic systems the amount of traction available. From there, it can tweak the settings to suit the conditions.

The most recent rumour indicates that the rear-drive M3, which allegedly goes under the Pure moniker, debuts first and goes on sale in early 2021. The Pure would be available with a manual gearbox, too. The all-wheel-drive system joins the lineup in late 2021 and might only get an automatic transmission.

For power, we know that the M3 and M4 use a variant of the S58 twin-turbo 3.0-litre inline-six. This mill makes 503 bhp (375 kilowatts) and 442 pound-feet (600 Newton-metres) in the Competition versions of the X3 M and X4 M. It's not currently clear whether the cars would use the same tune as the crossover.

Spy shots also show BMW getting to work on the M3 CS with even higher performance. There aren't many official details about it yet, but expect the tweaks like more power, less weight, better brakes, and a stiffer suspension.