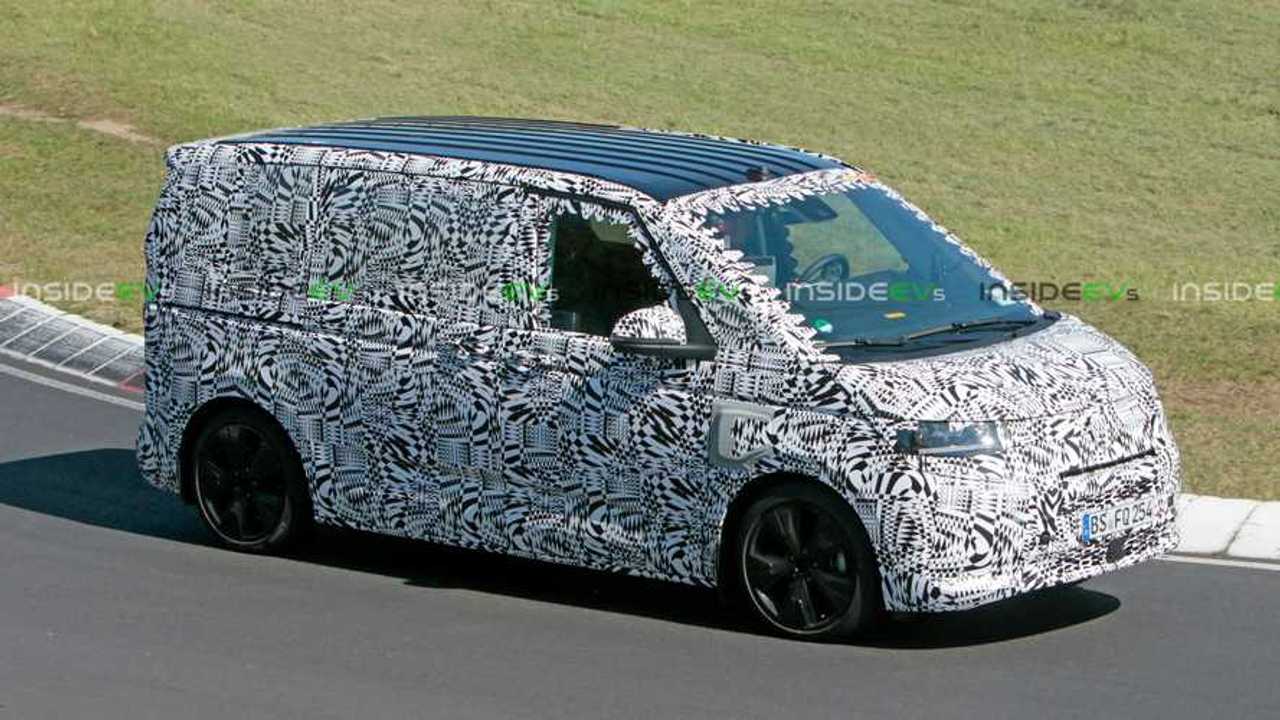 The next incarnation of VW’s Transporter series is going plug-in and its handling is being honed around the Green Hell.

What is Volkswagen doing testing its next generation Transporter, the T7, on the Nurburgring, the place usually only reserved for sportier cars? Our spies recently spotted a camouflaged T7 Multivan prototype being driven vigorously around the famed German track.

The big news here is that the Transporter will be available as a plug-in hybrid (it has a charge port located on the front right wing/fender), but as of right now we don’t know the specifics of this powertrain. It could be similar to what powers the Golf GTE, a system whose peak combined power is 242 bhp, although it would have to be a dedicated sporty version for this to make sense.

Looking at the camouflaged prototype, though, it does have sporty visual touches: a small roof spoiler in the rear and large black-painted alloys sporting low profile tyres. The rest of the package is well hidden under psychedelic camo and it’s hard to make out specific details.

The T7 is set to debut in 2021 and just like the current version, it will be available as the Transporter panel van and Multivan people carrier. Aside from the new plug-in hybrid powertrain, we expect VW will still offer an assortment of petrol and diesel engines.