Skoda makes minor changes across the range in time for 2021 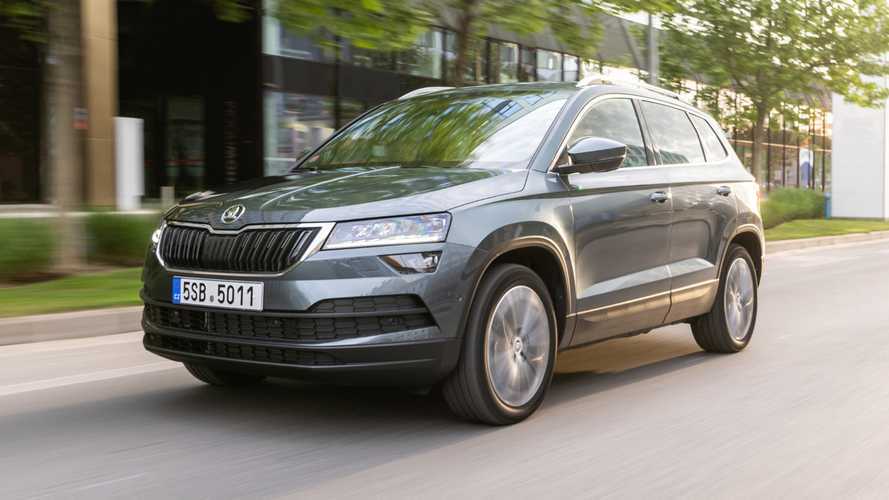 Updates bring the range in line with the new Octavia hatchback and estate models.

Czech car maker Skoda has announced a raft of minor changes to various models across the company’s range in time for 2021. Small modifications will be made to a number of cars, including the Karoq, Kodiaq and Kamiq SUVs, as well as the smaller Scala and Fabia hatchback models.

The changes come on the back of the new Octavia’s arrival in the UK, which heralded the arrival of new safety tech, as well as a fresh new design. Now, some of the Octavia’s upgrades are being added to other models – particularly those further up the Skoda hierarchy.

For example, the Octavia’s snazzy new three-spoke steering wheel will be added across the range, while the Superb, Kodiaq and Karoq are getting extra driver assistance systems. The Scala, Fabia and Kamiq compact models, meanwhile, are also getting some minor tweaks.

But few cars will get as many updates as the Superb. For a kick-off, the 2021 car will get higher power outputs for its two top-of-the-range engines, with the old 188 bhp 2-litre diesel replaced by a more potent 197 bhp motor of the same size. By the same token, the 268 bhp 2-litre petrol engine is also upping the ante, increasing its output to 276 bhp.

Those power increases come as part of a drive to meet the latest Euro 6d emissions standards, which they achieve with the help of a new AdBlue system. But the engines are also joined by a new 360-degree manoeuvring camera, which is now an optional extra across the line-up after being introduced on the plug-in hybrid iV model. That camera is also joined by the Trailer Assist towing assistance system, which is also available across the Superb range.

Like the Superb, the Kodiaq seven-seat SUV is replacing its 188 bhp diesel motor with a 197 bhp diesel engine, but it’s also getting a new manual gearbox for the 1.5-litre petrol. Those changes are complemented by the arrival of optional air conditioned seats on vRS and SportLine versions, as well as new Predictive Cruise Control. That system uses camera and navigation data to ‘see’ the road ahead, then slow the car automatically for upcoming corners and speed limits.

The smaller Karoq is also getting a new engine, in the shape of the 2-litre 114 bhp diesel, which replaces the outgoing 1.6-litre diesel. Three-zone climate control will join the range as an option for the first time, too.

Further down the range, the smaller Scala hatchback and Kamiq SUV models will see their engines tweaked to meet the Euro 6d standard, while the Kamiq will get a new ScoutLine trim level. Similarly, the Fabia is seeing its engines updated, while a seven-speed automatic gearbox will become available in combination with the 94 bhp petrol engine.