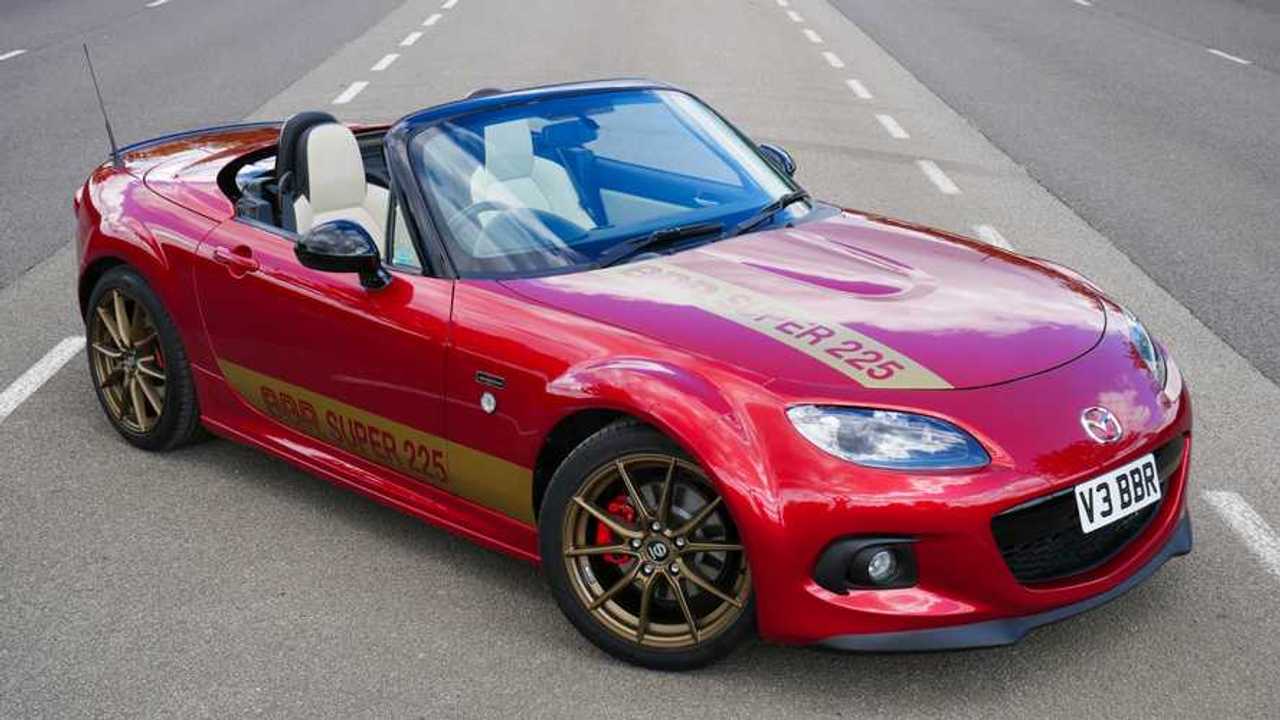 Tuning firm BBR has announced a new ‘Super 225’ package that applies modern tuning technology to the 15-year-old third-generation Mazda MX-5. The company, which is based in Brackley, Northamptonshire, says the new upgrade is “the ultimate no-compromise intake package” for “hardcore” enthusiasts.

Unlike many of BBR’s upgrades, the new Super 225 pack does not require the addition of a turbocharger to the MX-5’s normally aspirated 2-litre petrol engine. Instead, the package builds on the Super 200 conversion by improving the engine inlet efficiency, allowing an increase in power, torque and throttle response.

Under the bonnet, BBR has fitted a new exhaust manifold, new camshafts and branded tailpipes, as well as a few smaller additions. Together the tweaks deliver an extra 67 bhp over the standard 2-litre engine, bringing the total to 224 bhp, while an extra 36 lb-ft of torque takes the headline figure to 174 lb-ft.

BBR has retained many of the standard car’s features, with no changes to the engine bay, the engine electrical network or any of the safety systems, so BBR says the engine can be returned to stock specification if owners so wish. The car also meets the UK MoT emissions requirements, and can run on 95- or 98-octane fuel.

Despite the changes, BBR says the in-cabin noise is still “acceptable” for normal use, and the changes to the engine make the car suited to both track driving and urban environments. However, the company does suggest fitting its optional air filter for “everyday use”.

Those wishing to purchase the Super 225 kit can do so in a number of ways. Drivers with standard cars can spend £3,495 plus VAT on a DIY kit, or £4,295 plus VAT on a drive-in, drive-out installation at BBR’s Brackley headquarters. If, on the other hand, a customer already has the Super 200 kit installed on their vehicle, BBR will sell and fit the extra components for £2,495 plus VAT.

The kit is also compatible with the smaller 1.8-litre engine fitted to some third-generation ‘NC’ MX-5s, and can also be applied to vehicles equipped with aftermarket 2.3- or 2.5-litre engines. And BBR says it will eventually launch similar packages for earlier and later versions of the MX-5, which last year celebrated its 30th birthday.

“The main challenge for our development program was optimising the intake side of the engine by switching to bespoke independent throttle bodies (ITB’s,) while retaining the standard Mazda Denso engine management system and under bonnet layout,” said BBR’s Neil McKay. “Even the OEM front strut brace remains in situ (where fitted,) and the conversion is fully reversible to stock in future should the owner decide to do so.”