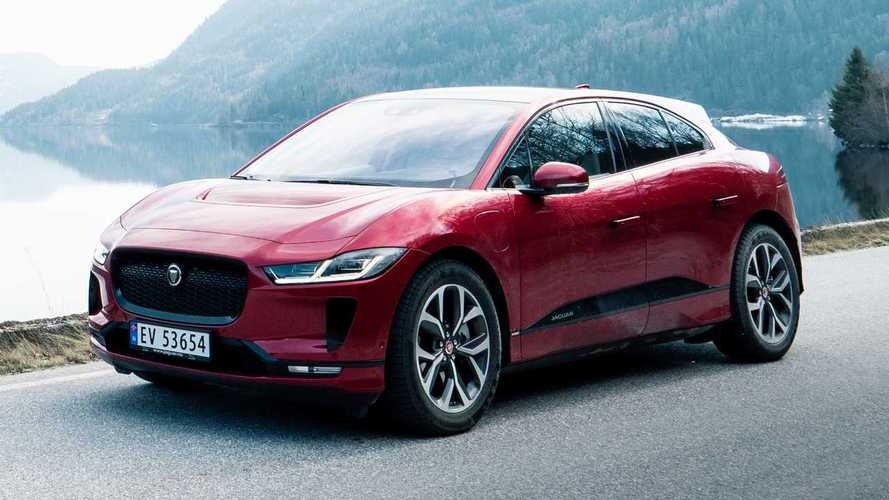 25 of the electric SUVs will hit the Norwegian capital's streets.

Jaguar has agreed to support the city of Oslo, in Norway, with plans to put wirelessly charged taxis on its streets. The British company will give 25 I-Pace electric SUVs to Nordic taxi company Cabonline, which will use the vehicles to try out the high-tech charging infrastructure on the taxi ranks of the Norwegian capital.

The scheme, which is known as ElectriCity, will see the City of Oslo to build wireless, high-powered charging infrastructure for taxis. This infrastructure will then be tested by the I-Paces, which are already designed to work with wireless charging technology.

Jaguar says taxis are “ideal” for testing wireless tech, as their drivers want a charging system that does not require them to go off their route. Under the ElectriCity project, the charging pads will be installed in the taxi ranks, allowing the vehicles to charge while waiting for the next fare.

With this technology, Jaguar says the taxis will be able to receive multiple charges throughout the day, keeping the battery topped up. This, the firm says, will give the cars the ability to remain in 24/7 service “without driving range restrictions”.

Although Jaguar claims Oslo will be the first to introduce a high-powered wireless charging system for taxis, the British cities of Coventry and Nottingham are both expected to launch similar trials this year. In Nottingham, government funding will pay for 10 Nissan and LEVC taxis to be fitted with wireless charging equipment, allowing them to charge wirelessly for six months.

“We’re extremely proud of our track record in electrification and we’re committed to making electric vehicles easier to own and use,” said Professor Sir Ralph Speth, Jaguar Land Rover’s chief executive. “The taxi industry is the ideal test bed for wireless charging, and indeed for high-mileage electric mobility across the board.

The inherently safe, energy efficient and high-powered wireless charging platform will prove critical for electric fleets, as the infrastructure is more effective than refuelling a conventional vehicle. We’re delighted to be part of ElectriCity and to continue to lead the field in electric vehicle technology.”

Meanwhile Arild Hermstad, the City of Oslo’s vice-mayor for the environment and transport, said the project would help the city make all taxis zero-emission by 2024.

“We’re delighted to welcome private enterprises to help us to turn our vision into reality,” he said. “As part of our commitment to reducing emissions by 95 per cent before 2030, we have put many exciting measures in place, but transport continues to be a key challenge. By improving infrastructure and providing better charging to the taxi industry, we are confident that by 2024 all taxis in Oslo will be zero-emission. To reach our goal, the public sector, politicians and private enterprises must come together, as we do in this project.”