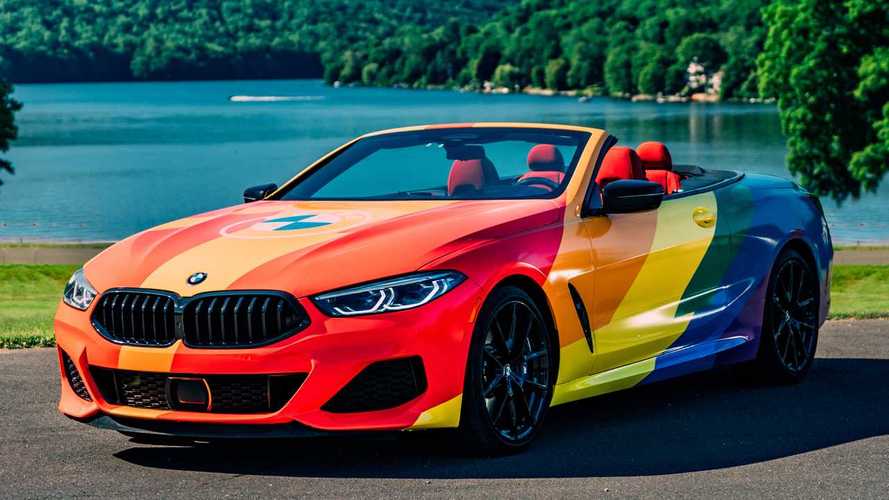 Let the Pride shine through.

June is LGBTQ+ Pride Month in the United States, and 2020 marks the 50th anniversary of the occasion. The coronavirus pandemic has put a damper on traditional celebrations, but BMW is showing its support for the LGBTQ+ community with a cool-and-colourful Pride-wrapped 8 Series convertible.

The news comes from BMW’s official USA Twitter account, and it suggests something more is coming to celebrate Pride Month. Exactly what that could be at this point is unknown, and BMW is mum on future plans. Presumably, it will involve this special M850i, which also carries BMW’s updated logo as part of the wrap on the bonnet.

This isn’t the first time BMW has dressed up its 8 Series droptop with rainbow trim for LGBTQ+ Pride. A white M850i created by well-known designer Jonathan Adler arrived in New York City last year for the city’s massive Pride March. This year’s parade was cancelled due to coronavirus, but a virtual parade is still slated for June 28 to honour the golden anniversary of that first march in 1970. Numerous celebrities will be part of the event, which this year will also salute front-line workers battling the COVID-19 pandemic that hit New York City especially hard.

The latest on the 8 Series:

If history repeats itself, BMW will likely have a larger role in this year’s virtual parade. Last year, a fleet of Adler’s colourful 8 Series convertibles carried parade VIPs through the streets, leading a group of over 100,000 across the Big Apple. Of course, with this year’s event happening in a virtual realm, there won’t be a fleet of cars carrying grand marshals. But a colourful show-of-force – either in real-life or on the screen – is certainly something that will catch the eye and garner attention for this special 50th-anniversary event.