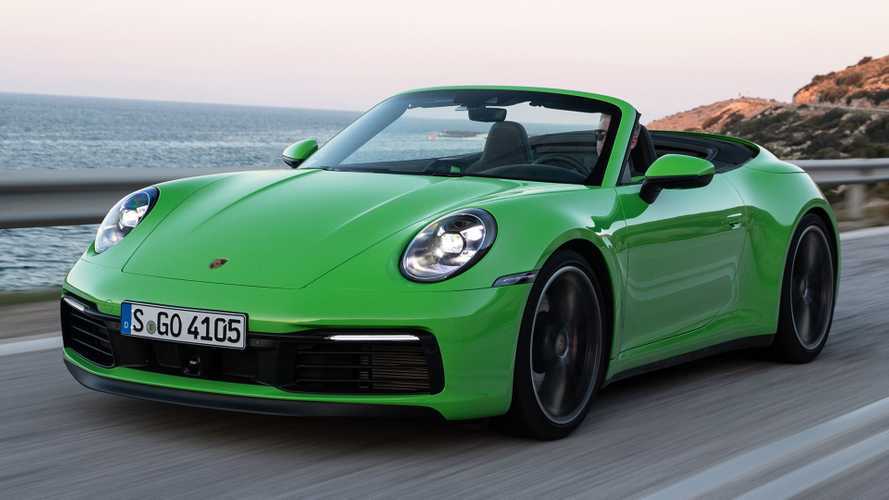 There are fewer deaths and injuries in droptops versus a fixed-roof vehicle.

The summer is the perfect time to enjoy the wind in your hair while driving a convertible. If you're worried about not having a roof above your head in a crash, then cast aside those concerns. Newly published research from the Insurance Institute for Highway Safety shows that droptops are every bit as safe as a fixed-roof vehicle in a collision – in fact, they are a little safer.

More to know about auto safety:

As you might expect from the lack of a roof, there's a greater risk of being thrown out of a convertible. The study found that 21 percent of droptop drivers killed in a crash were ejected, versus 17 percent for a hardtop. In rollover incidents, the chances of leaving the cabin were 43 percent for convertibles and 35 percent for coupes.

The IIHS speculates that the lower crash and fatality rates for convertibles versus hardtop vehicles could be down to a few factors. Droptops tend to be heavier than a car with a fixed roof, and research shows that a model that weighs more tends to be safer.

There's also the fact convertibles tend to cost more than a comparable coupe. The researcher hypothesises that this would affect the socioeconomic makeup of droptop drivers. These owners might be older, more mature people who would be less risky behind the wheel.

Plus, people tend to drive convertibles differently since it's generally more of an act for pleasure rather than simply getting around. These folks might be paying more attention to what's happening around them and be better equipped to avoid a crash. A person is more likely to take a droptop out during good weather, so inclement conditions are less likely to be a factor in a collision.

IIHS' research specifically looked at accidents from 2014 to 2018. For the safety comparison, the study only looked at models available in both a convertible and hardtop version, and the vehicles couldn't be more than five years old.

Convertibles may not look as safe as other vehicles when they’re cruising down the highway with the top down, but crash statistics tell a different story, a new IIHS study shows.

Despite the relatively flimsy appearance of their roof structures, late-model convertibles are no riskier than nonconvertibles, according to the analysis of crash and fatality rates.

“These findings don’t suggest that convertibles offer better protection for their occupants than other cars, but they do indicate there’s no statistical basis for concerns that the lack of a permanent roof makes them more dangerous,” said Eric Teoh, IIHS director of statistical services, who wrote the paper.

Teoh compared the rates of driver deaths and police-reported crashes per miles traveled for convertible and nonconvertible versions of 1-5-year-old models during 2014-18. He also compared the circumstances and driver behaviors associated with the fatal crashes, looking at factors like point of impact and whether the driver was ejected from the vehicle, as well as impairment and seat belt use.

Teoh found that convertibles were involved in 6 percent fewer police-reported crashes per miles traveled than their conventional counterparts. Driver death rates were 11 percent lower. However, the likelihood that the driver was ejected from the vehicle in the event of a fatal crash was higher for convertibles than conventional versions.

Previous research has shown that for conventional cars a stronger roof reduces the risk of a serious or fatal injury as well as the likelihood of ejection in the event of a rollover crash. IIHS added a roof-strength evaluation to its crashworthiness testing program in 2009, making a good rating a requirement for the TOP SAFETY PICK award a year later.

Both stretched-fabric and retractable-hardtop convertibles are exempt from NHTSA’s current roof-crush resistance requirements. However, some manufacturers have voluntarily strengthened the A-pillars on either side of the windshield and installed roll bars to provide additional protection in rollover crashes.

When IIHS evaluated a group of midsize convertibles in 2007, most of the 10 models earned good or acceptable ratings in the front and side crash tests, though eight had poor or marginal head restraints. Since then, convertibles have remained a low priority for the testing program due to their small sales volumes.

Convertible drivers were slightly more likely to be wearing seat belts and slightly less likely to be speeding, though they were a bit more likely to be impaired by alcohol. These differences were too small to suggest a big variation in driver behavior for the two vehicle types.

Teoh wasn’t able to account for all possible differences in the way convertibles are driven, even when comparing to the nonconvertible version of the same car. For example, it may be that convertible owners more often drive them in nice weather or on less busy roads, and that could affect crash rates.

“Based on this study, convertibles don’t appear to pose a particular safety risk,” Teoh said. “If you’re shopping for a convertible, you should consider crash test ratings and safety features, just as you would if you were shopping for any other car.”

Objective: Convertible cars have existed since among the first automobiles, and the lack of substantial roof structure creates some safety concerns. While crash tests have demonstrated that convertibles can resist excessive intrusion in front and side crashes and that strong A-pillars and roll bars can help maintain survival space in rollovers, little work has been done examining the real-world crash experience of these vehicles. The objective of this study was to compare the crash experience of recent convertibles with nonconvertible versions of the same cars using the most recent crash data.
Methods: Rates of driver deaths and police-reported crash involvements were compared for 1- to 5-year-old convertible cars and their nonconvertible versions during 2014–2018. Exposure measures included registered vehicle years and vehicle miles traveled (VMT). These rates were compared using the standardized mortality ratio to account for possible differences in exposure distribution. Crash circumstances (e.g., point of impact, rollover, ejection) and behavioral outcomes (e.g., speeding, alcohol impairment, seat belt use) were compared for drivers killed in crashes.
Results: Convertibles had lower driver death rates and police-reported crash involvement rates on the basis of both registered vehicle years and VMT. However, the differences in driver death rates were not statistically significant. Driver deaths per 10 billion VMT were 11% lower for convertibles, and driver involvements in police-reported crashes per 10 million VMT were 6% lower. On average, convertibles were driven 1,595 fewer miles per year than the nonconvertible versions of these cars. Among fatally injured drivers, convertibles had higher rates of ejection, and behavioral differences were minimal.
Conclusions: Safety concerns associated with convertibles’ lack of substantial roof structure were not supported by the results of this study. Minimal differences in behavioral outcomes suggest that the study design minimized differences in the study groups.
Practical applications: Convertibles do not pose a safety risk to consumers. Consumers interested in convertibles should consider crash test ratings, safety features, and vehicle size and weight, just as they would if shopping for a nonconvertible car.