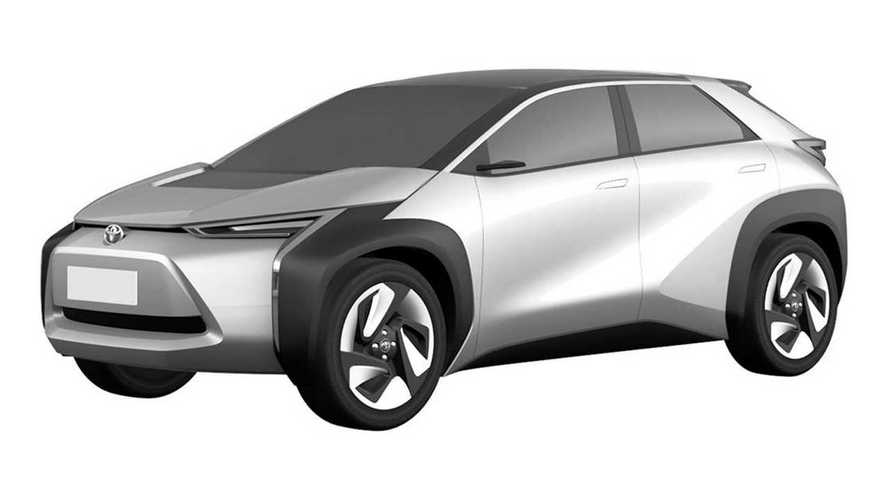 Chinese website believes they refer to compact and mid-size vehicles.

Hybrid cars were the way Toyota found to make EV adoption gradual. That would allow the company to slowly phase out investments in combustion engines and develop the supplier network. Tesla’s success forced the Japanese titan to review the plans and the picture above shows it is moving fast. It is a patent image from Chinese patent offices and it reveals one of the first Toyota electric crossovers.

Autohome found images of two of these crossovers and it refers to them as a compact and as a mid-size crossover. We are not sure if the Chinese measures for these cars are similar to the way the American market refers to them. In most countries, “compact vehicle” is a reference to B-segment automobiles and mid-size to the C-segment cars. In the US, C-segment machines are regarded as compact.

Regardless, the biggest of these two electric crossovers looks like a seven-seater, perhaps even bigger than the Audi e-tron or the Tesla Model X. The smallest one looks like a Model Y competitor and reminds us very much of the BMW i3 styling.

Both vehicles would be based on the e-TNGA platform, Toyota’s approach towards modular architectures. What we already know about it is that it can have battery packs that offer between 50 kWh and 100 kWh, with ranges of 300 km (186 mi) up to 600 km (372 mi).

The patents show the images Toyota already released for its EVs are not just an idea for what the Japanese company will be able to sell. They are the real cars: the second and the fourth one in the image above are the ones pictured in the patent images.

Although Toyota already sells two electric versions of the C-HR in China – one for each of its local partners there – these EVs are probably the only ones that will go global. Expect them to be for sale by 2022.