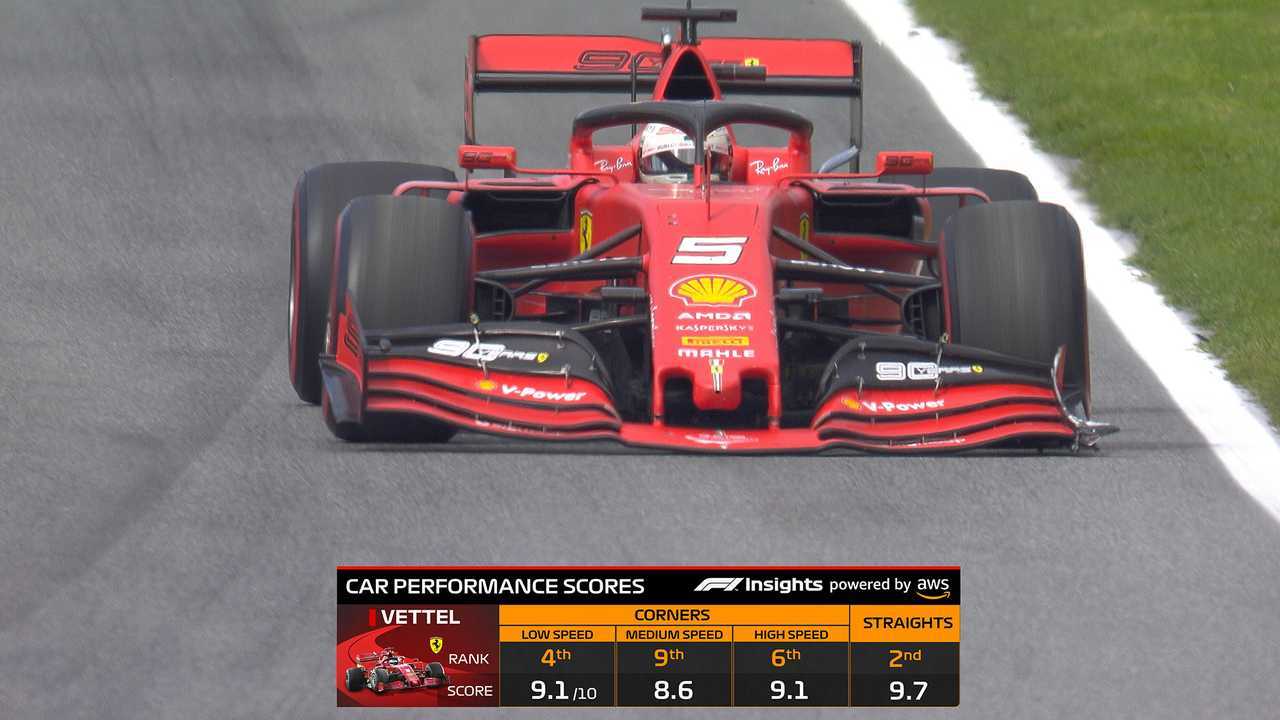 Formula 1 is to run a host of new television graphics this season in a bid to bring more information to fans.

As part of its collaboration with Amazon Web Services, it has been revealed that F1 will roll out six new real-time graphics during the 2020 campaign.

The first of these, which will be in place for the season-opening Austrian Grand Prix, will offer fans a ‘Car Performance Score’.

This will be based on a number of statistics relating to the car’s strengths – including power, grip, downforce and drag. There will be four core metrics on offer: Low-Speed Cornering, High-Speed Cornering, Straight Line and Car Handling.

Ricciardo wants to be pushed by 'little ankle biter' teammates

From the second race at Silverstone in August, which is known as the 70th Anniversary Grand Prix, there will be an Ultimate Driver Speed Comparison to help compare current drivers from the past. The data runs back to 1983.

From the Belgian Grand Prix, a High-speed/Low-Speed Corner Performance graphic will allow fans to see how well drivers tackle high speed corners (those above 175kph/109mph), and slow speed (below 125mph/78 mph).

In the second half of the season, F1 and AWS are planning to roll out three different graphics: one for Driver Skills Rating, one for Car/Team Development and Overall Season Performance and a final one for Qualifying and Race Pace Prediction Graphic.

Rob Smedley, F1’s chief engineer said: “The F1 Insights we’re delivering together are bringing fans closer to the track than ever before, and unlocking previously untold stories and insights from behind the pit wall.

“We’re excited to be expanding this successful relationship to bring even more insights to life, allowing fans to go deeper into the many ways that drivers and racing teams work together to affect success.”