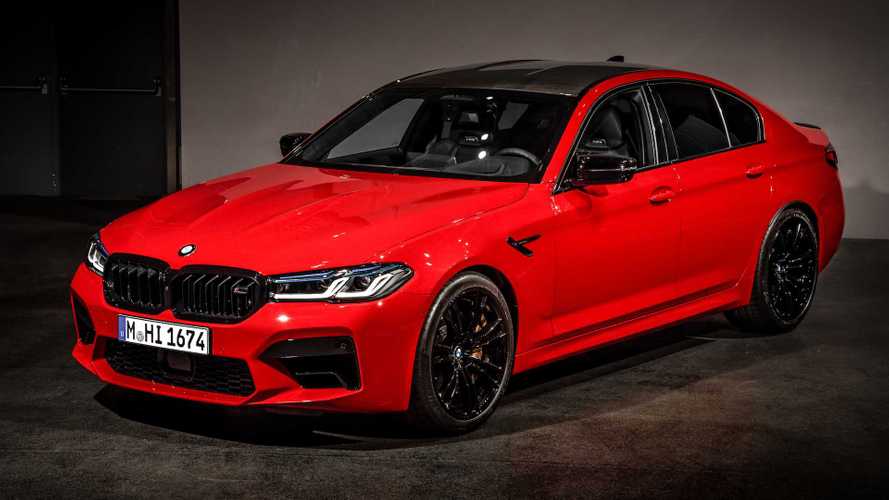 BMW took the wraps off the facelifted 5 Series less than a month ago, and yet we’ve already seen our fair share of performance versions based on the LCI. The Alpina B5 and D5 S were released a couple of weeks ago in both saloon and estate flavours, followed by BMW’s own M5 and M5 Competition models. Should you want the absolute top-of-the-line variant, it’s apparently coming later this year when the M5 CS is expected to break cover.

We saw a camo-free prototype of the amped-up saloon back in October 2019, but that one was actually based on the pre-LCI M5. It had a carbon fibre boot lid spoiler and gold wheels, not to mention the “CS” badge and a lowered sports suspension. Needless to say, the final product will be based on the facelifted M5, and our friends at BMWBLOG claim to be in the know regarding what the future has in tow for Bavaria’s four-door supercar.

The twin-turbo 4.4-litre V8 will allegedly be bumped from the M5 Competition’s 617 bhp to a colossal 641 bhp. Torque is also set to get a healthy bump from the current 553 pound-feet (750 Nm) available in the M5C to as much as 590 lb-ft (800 Nm). Beyond the power hike, the CS version is said to employ an upgraded limited-slip differential to enhance the saloon’s tail-happy nature.

Additional goodies on the menu for the M5 CS will include a CFRP roof, ceramic brakes, and some aerodynamic enhancements. BMW will also make some subtle styling changes to separate the range-topping version from the “lesser” M5s, including exclusive paint jobs, those wheel mentioned earlier, and probably some minor tweaks inside the cabin.

Much like it has been the case with the M2 CS, M3 CS, and M4 CS, their bigger brother will be a limited affair as production will be strictly limited. The crown jewel of the saloon’s lineup is expected to command a premium of at least £10,000 over the M5 Competition, so pricing will kick off at around £110,000.

A hotter M5 is fine and dandy, but what some enthusiasts really want is the return of the M5 Touring to compete with Audi's RS6 Avant and Mercedes-AMG's E63 S Estate. BMW should join the fray with a long-roof M5 and while at it, an M3 Touring wouldn't hurt either.