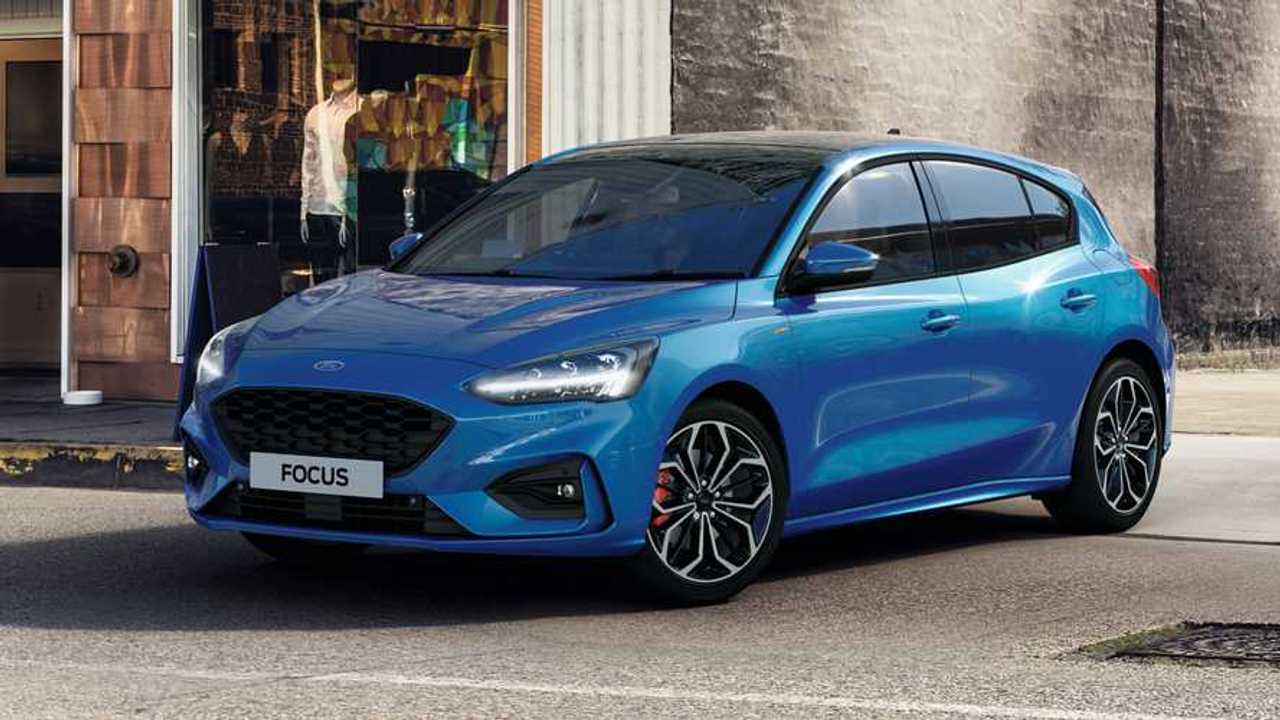 UK customers can now order a Ford Focus with mild-hybrid power, provided they’re prepared to stump up the £23,610 starting price. The fresh powertrain is part of a model refresh that also includes a digital instrument cluster and the arrival of a new trim level.

The highlight, though, is the new 1-litre EcoBoost Hybrid engine range. Available in a choice of 123 and 153 bhp outputs, the diminutive motor teams turbocharged petrol power with a 48-volt hybrid system. As with the mild-hybrid system in the smaller Fiesta, the car can harvest energy normally lost under braking, then use it to help the petrol engine out when it is under load.

More on the Ford Focus:

Because the battery for the hybrid system is located under the rear seats, Ford says the EcoBoost Hybrid has just the same boot space as any other Focus, but greater efficiency. In fact, the American company reckons the most powerful version of the hybrid powertrain allows an efficiency gain of up to 17 percent compared with the outgoing 148 bhp, 1.5-litre EcoBoost petrol engine.

But the hybrid system isn’t the only reason for that fuel saving. Ford has also fitted the EcoBoost Hybrid models with a stop-start system that allows the engine to cut out at low speed, reducing consumption when the car is coasting to a stop. Drivers can set this system to operate at speeds below 9 mph, 12 mph or 16 mph, depending on their preference.

At the same time, the three-cylinder petrol engine comes with cylinder deactivation tech, which can shut down one of the cylinders when the engine is under light load, such as when coasting. The fuel-saving tech can stop or start a cylinder in 14 milliseconds, and Ford says its operation has “no compromise in performance or refinement”.

“Our electrified powertrains are designed not just to save drivers money on fuel, but also to boost the fun-to-drive character of our vehicles,” said Roelant de Waard, the vice-president for marketing, sales and service at Ford of Europe. “The Focus EcoBoost Hybrid seamlessly integrates electric and petrol power for efficiency and performance that would have seemed the stuff of dreams just a few years ago.”

Other additions to the updated Focus range include extra technology of a slightly different kind, with a 12.3-inch digital instrument cluster and a ‘Local Hazard Information’ system that alerts the driver to road works and even hazardous driving conditions. Using cloud technology, the system will become available later this year, when it will collate information from local authorities, emergency services, and driving data from other connected vehicles to warn drivers of upcoming broken-down vehicles, pedestrians and even objects in the road.

Finally, the updates are capped by the arrival of a new Zetec Edition trim level, which comes with a wireless charging pad and satellite navigation. It gets parking sensors at the front and rear, too, while electric ‘Powerfold’ mirrors are fitted as standard.

The new Focus is available to order now, with the new mild-hybrid motors joined by a range of 1-litre petrol engines, as well as 1.5- and 2-litre diesel units.