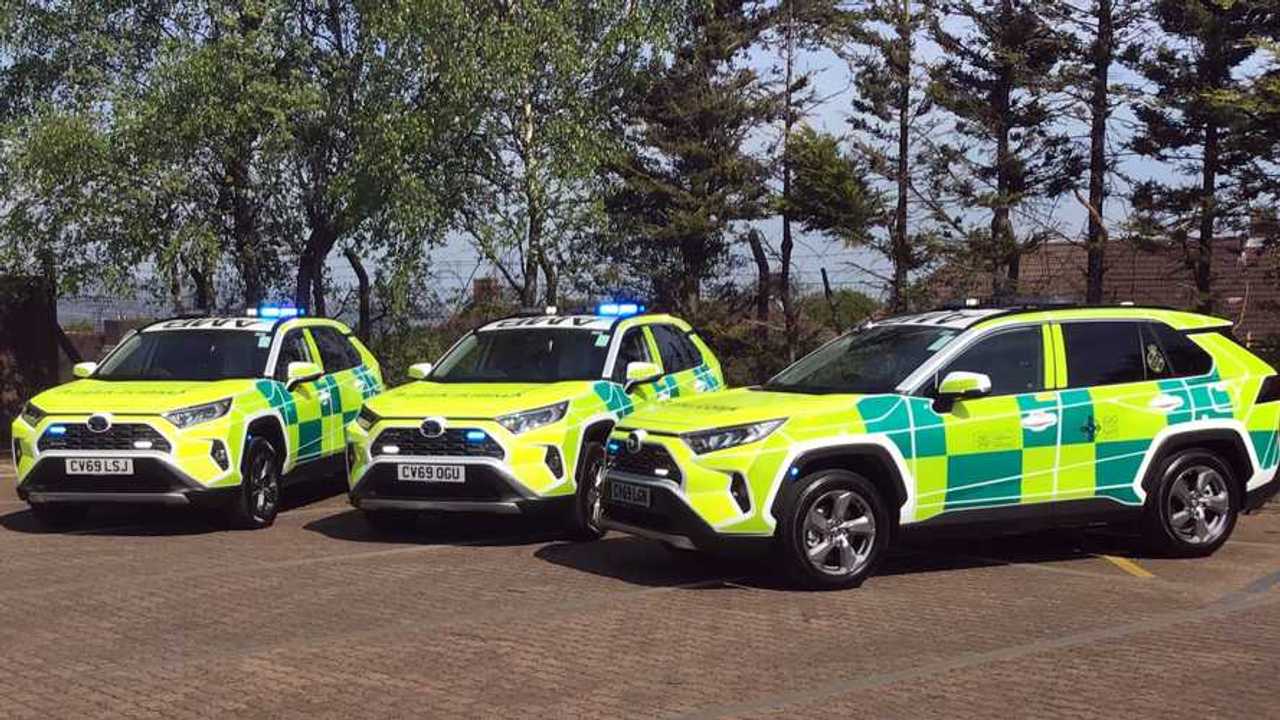 The 51 cars will be used to quickly get paramedics to callouts.

A fleet of 51 Toyota RAV4 hybrid SUVs has joined the Welsh ambulance service, where the cars will be used as rapid response vehicles. The cars will replace the trust’s existing fleet of diesel-powered vehicles, in a move the trust claims will make the service more environmentally friendly.

Supplied by FRF Toyota Swansea, the hybrid 4x4s are set to cover up to 40,000 miles every year, with jobs across the whole of Wales. Each car comes with Toyota’s AWD-i “intelligent” four-wheel-drive system, which was deemed necessary to help them access remote locations, such as farms, and help them deal with hazardous conditions.

Although the cars are essentially ‘normal’ RAV4s, they have been adapted to their task with the addition of features including blue lighting bars across the roof. They have also been given the traditional green-and-yellow ‘Battenburg’ high-visibility reflective livery that has become so familiar on ambulances across the UK.

And as conventional RAV4s, the cars have even got the safety systems you’ll find on your family SUV. To help keep the ambulance crew safe, as well as the patients, the cars have the Toyota Safety Sense driver assistance systems fitted, offering automatic high-beam assistance for the headlights and Toyota’s Lane Trace Assist, which helps the car stay in its lane. Radar-assisted adaptive cruise control also helps the car maintain a safe distance to the vehicle in front.

The Welsh Ambulance Services NHS Trust said the RAV4 had to meet strict criteria to fulfill the rapid response role, with both reliability and carrying capacity coming under the microscope. However, the trust decided the vehicles could carry out the role while also offering lower carbon dioxide emissions as a result of their 2.5-litre petrol-hybrid powertrains.

“Our vehicles have to meet strict reliability and carrying capacity criteria as they perform a vital function helping the people of Wales,” said David Holmes, the fleet manager for the Welsh Ambulance Services NHS Trust. “Not only does the RAV4 Hybrid meet our requirements, it is also helping us reduce the environmental impact of our fleet.”

Meanwhile Stuart Ferma, the general manager of Toyota and sister company Lexus’ fleet operations, said the deal was testament to the RAV4’s capability.

“There can be no better validation of the quality and reliability of our hybrid vehicles than to see them being chosen for vital duties by the emergency services,” he said. “By meeting the high demands of the Welsh Ambulance Services NHS Trust, RAV4 shows that it has what it takes to meet the needs of all kinds of business users across the country.”