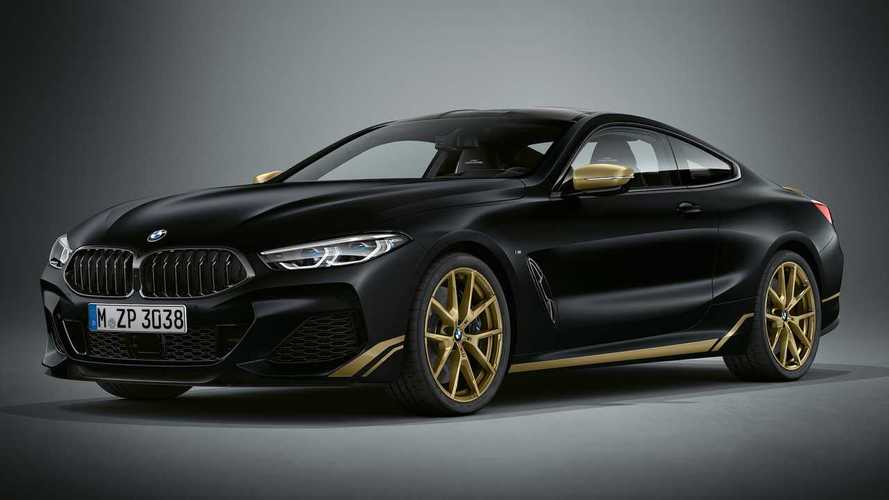 It's available across the 8 Series range.

BMW is giving its 8 Series range a small touch of bling with the new Goldern Thunder Edition. It's the latest special edition vehicle coming out of Dingolfing BMW plant, adorned with exclusive BMW Individual design and equipment features.

Of note, the BMW 8 Series Goldern Thunder Edition is purely aesthetics at this point and is available across the 8 Series range: from Coupe to Gran Coupe, and from 840i through to M850i xDrive.

As you would have guessed by now, the main point of the Golden Thunder Edition is the application of golden accents on the body of the biggest, non-SAV Bimmer. These gold embellishments run from the front apron to the side skirts and on into the rear apron. The double-spoke 20-inch M light alloy wheels also come in black, and so is the M rear spoiler that's exclusively available for the 8 Series Coupe.

The body finish, on the other hand, could either be in Sapphire Black metallic or Frozen Black metallic. To complement the look, BMW Individual adds High Gloss Shadow Line with extended features and black brake calipers for the M sports brake system.

Inside, the 8 Series Golden Edition gets black Merino leather trim with “Edition Golden Thunder” inscription on the front headrests. The Coupe and Gran Coupe have Alcantara Anthracite roof liner, as well as interior trim finishers in Aluminium Mesh Effect Gold.

Neither price or markets were disclosed in the 8 Series Golden Thunder edition's release, but BMW said that it will be produced from September 2020 onwards.