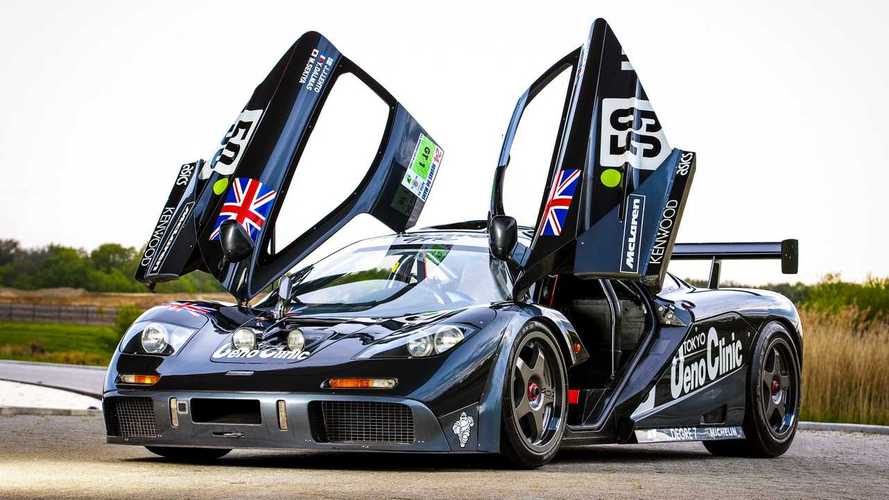 The company is building just seven of them.

Lanzante specialises in making McLarens even more special, and the company is now teasing a limited run of seven LM 25 Editions. The model pays tribute to the victory of the Lanzante-prepped McLaren F1 GTR (the car pictured above) at the 24 Hours of Le Mans in 1995 – 25 years ago.

The company isn't offering any additional details about what's coming, but the Le Mans-winning car's appearance probably offers some hints. Expect the body to be a deep shape of black and possibly have some white accents to evoke the Tokyo Ueno Clinic sponsorship.

Glimpse the McLaren P1 GT by Lanzante in action at Goodwood

To offer performance akin to the F1 GTR, a McLaren Senna GTR seems like the ideal starting point. Its 4.0-litre twin-turbo V8 makes an impressive 814 bhp (607 kilowatts) and 590 pound-feet (800 Newton-metres). This power is particularly potent since the vehicle weighs just 2,619 pounds (1,188 kilograms).

The problem with this theory is that McLaren already has customers for the entire 75-unit production run of the Senna GTR. However, Lanzante has a close relationship with McLaren and might be able to pull some strings to get something special. Alternatively, Lanzante could be working with seven GTR clients to convert their cars into the LM 25 Edition.

In April, Lanzante debuted the custom P1 GTR-18 wearing the famous orange and blue Gulf livery. It took direct inspiration from the Team Davidoff number 28R F1 GTR race car. The company planned to build six of them, but only one got the Gulf paint scheme.

In 2018, the company introduced its P1 GT conversion that made the track-only P1 GTR into a road-legal machine. A customer from the Middle East reportedly commissioned the job.