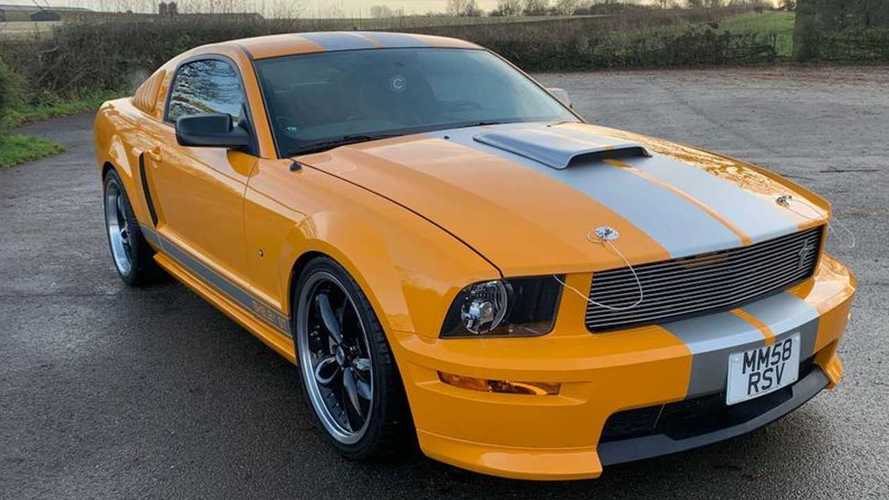 How many of us have spent hours trawling through the ads on Auto Trader with a fantasy budget and a dream garage in mind?

It's one of our favourite games, and every now and again a celebrity-owned car comes up.

With the Premier League returning this week, Auto Trader has been going through its ads and has found a whole host of footballer-owned wheels listed on its site. There's some that you'd expect from your favourite footballers, and other more... left-field choices.

Mark Hatley, something of a journeyman during his time in England, and gained the name 'Attila' during a spell in Italy. He was the first owner of a Ferrari 512 listed for £174,900. It comes with a crema leather interior, Rosso carpets, and Cavallino embossed seats.

The Range Rover Sport has gained the nicknames 'Wayen Rover' and 'Range Rooney' over the years due to its association with Premier League footballers, so it's no surprise that the former Everton and Manchester United man has had at least one.

The car listed is rumoured to be wife Coleen run-about. It's covered 74,000 miles and comes with red and black interiors, and a freeview TV.

Another Range Rover, this time the normal one. Another 3.0-litre model with a digital TV inside. Mileage is just 33,000 this time, and the price is a tenner cheaper. That'll buy you enough fuel to get to the end of the street, probably.

Ah, another Land Rover product. This time the Defender. This was Christian Fuchs' gift to himself after Leicester's phenomenal Premier League title triumph a few years back.

The 2.2l manual model is in mint condition, having covered just 500 miles from new. Inside it has has cloth black interiors, and outside a full Overfinch Defender signature on the front.

Pictured above, ex-Manchester City captain Vincent Kompany's modified Mustang has a whiff of Bumblebee about it (yes, that was a Camaro, or a Beetle).

But it's not just about looks. The Mustang Shelby GT-California has been fitted with a Ford Racing Power Upgrade Package. It has covered just 3,000 miles and is finished in Grabber Orange.

George Boateng’s Porsche Cayenne is one of a kind. Wrapped in metal flake ice white, with chrome details and 22 inch wheels, the automatic SUV has a 4.8l engine and has covered 78,000 miles since it was first delivered in 2008.

Ex-Chelsea man Jimmy Floyd Hasselbaink originally bought the 911 listed new back in 2003, and it's gone on to have four other owners since.

The latest owner put the car through a full restoration six years ago with no expense spared. The 3.6-litre car is sadly an automatic, but the bodywork is immaculate and the custom interior is finished in alcantara metropole blue leather.

"Auto Trader continues to be the go-to-destination for footballers looking for a change of wheels, particularly in the lead up to the Premier League restarting," said Auto Trader's Rory Reid. "This year highlights the continued popularity for SUVs amongst Premier League stars, with the likes of Range Rovers continuing to take the top spots."