2021 VW Arteon Estate gets an early debut in China 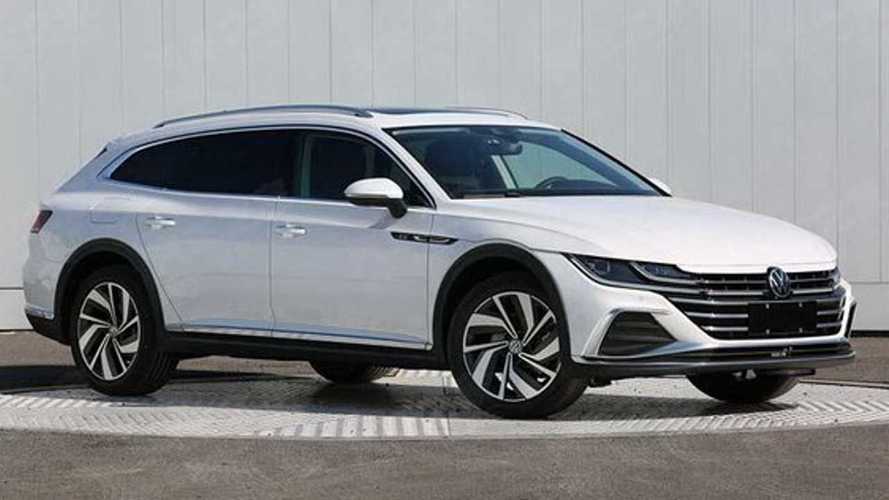 It appears the Chinese model is a more rugged Alltrack-esque version.

The Volkswagen Group has been burning through cash in recent years in the aftermath of the Dieselgate scandal by having to pay huge fines. At the same time, the German automotive conglomerate has been investing heavily in electrification, so you’d think money would be a little tight right now. That’s actually not the case as the boys and girls from Wolfsburg are still investing in niche models.

A striking example is the T-Roc Convertible, a droptop SUV that basically no one saw it coming. Get ready for another one as the wraps are about to come off the Arteon etsate. Ahead of a proper reveal set for June 24, the long-roof version of VW’s sleek fastback is making an unexpected debut courtesy of Chinese registration photos from the Ministry of Industry and Information Technology, showing the more practical take on the Arteon recipe.

Volkswagen Arteon R spied working out at the Nürburgring

Fun fact – the Arteon carries the old “CC” name in the People’s Republic. It looks like the CN-spec model adopts an Alltrack-esque configuration with a jacked-up suspension and plastic body cladding. It remains to be seen whether the Euro version will also get the SUV-inspired setup or folks living on the Old Continent will have a regular version. For what it’s worth, we know for a fact an Arteon R Shooting Brake is on the agenda, and this spicy derivative wouldn’t make a lot of sense to have these rugged cues. Or would it?

Some would argue the Arteon / CC Shooting Brake is a redundant product since it overlaps with the Passat Variant / Alltrack. However, VW believes there are people out there willing to pay more money for largely the same car, but with a bit more style. That’s why they developed the Arteon in the first place.

The exterior styling doesn’t surprise us one bit as the car looks precisely as we expected. That being said, we had hoped the more practical Arteon would get a different set of taillights to separate it from the fastback, but they’re nearly the same. There are two different trim levels showcased here, with the car finished in Turmeric Yellow likely being an R-Line variant with all the bells and whistles.

The white one carrying the “330 TSI” badge has a turbocharged 2.0-litre petrol engine with 184 bhp while the yellow seems to have the “380 TSI” badge with a turbo four-pot rated at 220 bhp. In Europe, the aforementioned Arteon R should at the very least match the 330 bhp the hotly anticipated Golf R is getting.

We will have all the details and images in a few days as the Arteon facelift will premiere next Wednesday together with its estate sibling.