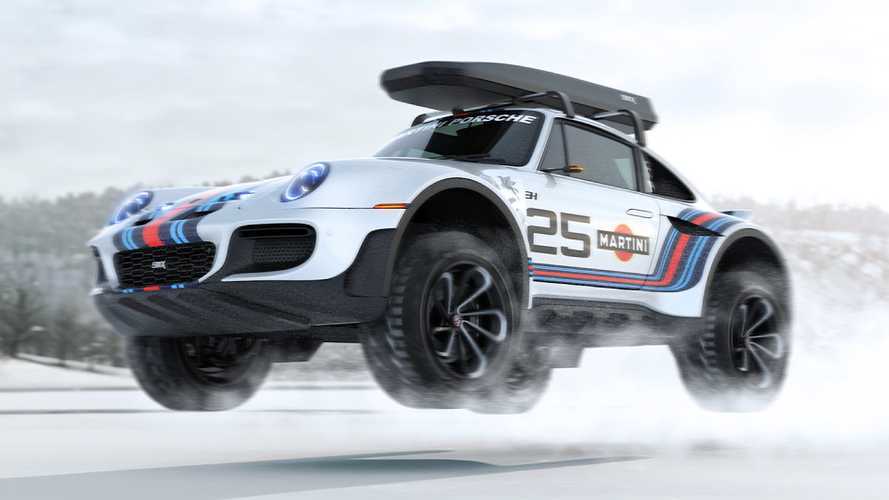 High-riding vehicles are all the rage right now, but we’re doubtful Porsche has plans to lift today’s 911 into crossover territory. Those who want a 911 with ample ground clearance must find their own solutions, often buying and upgrading older, air-cooled models.

Artist Emre Husmen, a Porsche 993 fan, wanted to celebrate the 25th birthday of the Turbo model and did so with a slew of renderings that puts the iconic car on beefier tyres and a taller suspension. He calls it the Porsche 911X.

The 993 was famous for being both small and low to the ground, and Husmen’s creations feel like an antithesis to that. The renderings feature vehicles with both 19- (off-road) and 24-inch (sport) wheels while showing the adjustable suspension in both the lowered and raised positions. Husmen said he’d keep the car’s air-cooled flat-six, but he’d tune it to produce 600 bhp (447 kilowatts) and 590 pound-feet (800 Newton-metres) of torque. He’d also pair the engine with the all-wheel-drive system from the 959.

The renderings give the 911X unique front and rear fascias with modern-day lighting elements, wider wings/fenders, and cladding along the lower body. The broader wings/fenders spread out the 911X’s stance, which gives all sorts of ducts and intakes plenty of new places to hide. Husmen created 911X renderings in blue, grey, and green, but it’s the ones with the Martini livery that stand out from the crowd – as if there was any doubt.

Taking air-cooled Porsche 911s and jacking up the suspension is a well-honoured tradition. There have been countless “Safari” 911s over the years, with many adding their own twists to the formula. These 911X renderings do the same thing, but they also show Husmen’s personality in the mix. The updated lights, wider stance, and raised suspension look great – be sure to check out the rest of Husmen’s 911X renderings.