It’s hard to believe the Range Rover luxury SUV has been around for half a century, first launched on June 17, 1970. Conceived as a 4x4 for gentleman hunters and urbane country families, the Range Rover was conceived as a more comfortable alternative to the Land Rover Series IIA and III off-roaders, though still offering most of the off-road capability of its more utilitarian corporate cousins.

Not much has changed in the intervening 50 years, so the company is building a Range Rover Fifty limited edition to celebrate that history.

Land Rover calls the 1970 Range Rover the “original luxury 4x4,” and although we think the 1963 Jeep Wagoneer might take issue with that claim, it’s hard to deny the nameplate’s impressive influence on modern luxury SUVs. The Range Rover Fifty, which is offered on both the short- and the long-wheelbase full-size RR, will drape a few heritage styling cues over the aluminium-bodied sport-ute. 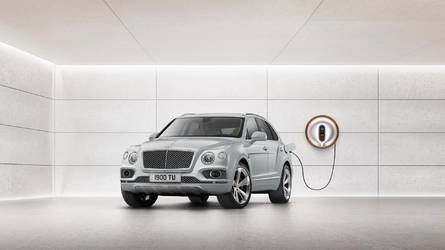 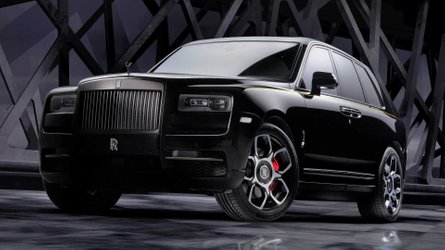 As some of the photos show, gloss black trim can replace the Auric Atlas bits, looking especially fetching on the retro-inspired Tuscan Blue, Bahama Gold, and Davos White exterior colours. Special Vehicle Operations will offer the Range Rover Fifty in those colours in extremely exclusive numbers, while the rest of the Fifty limited edition’s run will be painted Carpathian Grey, Rosello Red, Aruba, or Santorini Black.

According to Land Rover, the Fifty will be available as a petrol, diesel and plug-in hybrid P400e version. Pricing and detailed specifications are on their way when the limited edition goes on sale later this year, with only 1,970 examples being produced globally.

Launched in 1970, the first Range Rover “Classic” came standard with full-time four-wheel drive, a fixed estate roof, and full upholstery and carpets (a novel idea for an SUV at the time). Initially available only as a two-door, a four-door model followed in 1981. That first Range Rover established many of the model’s signature design cues, including a clamshell bonnet, “floating” roof, and wing/fender vents, as well as a picnic-friendly split tailgate.

After a 25-year run, the Classic gave way to the “P38A” Range Rover for the 1995 model year (1996 for the US). The P38 lost its wing/fender vents but retained a familiar silhouette, perfectly horizontal beltline, and floating roof. A modernised chassis and suspension system provided a better ride without sacrificing much off-road capability.

The third-generation Range Rover came along for 2003, boasting a carlike monocoque chassis and four-wheel independent suspension with air springs, becoming perhaps one of the most comfortable SUVs up until that point. This era also heralded the first time the Range Rover name expanded to a second vehicle, the smaller and zestier Range Rover Sport. Both siblings still boasted plenty of ruggedness.

The current Range Rover, launched for 2013, is the most technologically advanced yet. Using lessons learned by its corporate cousins at Jaguar, the fourth-generation Range Rover was the first SUV to feature all-aluminium construction, cutting nearly 454 kilograms (1,000 pounds) from its predecessor’s curb weight. Meanwhile, the sophisticated Autobiography and SVAutobiography models boast plenty of space, luxury, and power.

Today, the Range Rover family includes both the flagship SUV and the Sport, as well as a midsize Range Rover Velar and subcompact Range Rover Evoque. Like most products with a Land Rover badge, each of these models offers far more capability than one might expect of a luxury SUV.