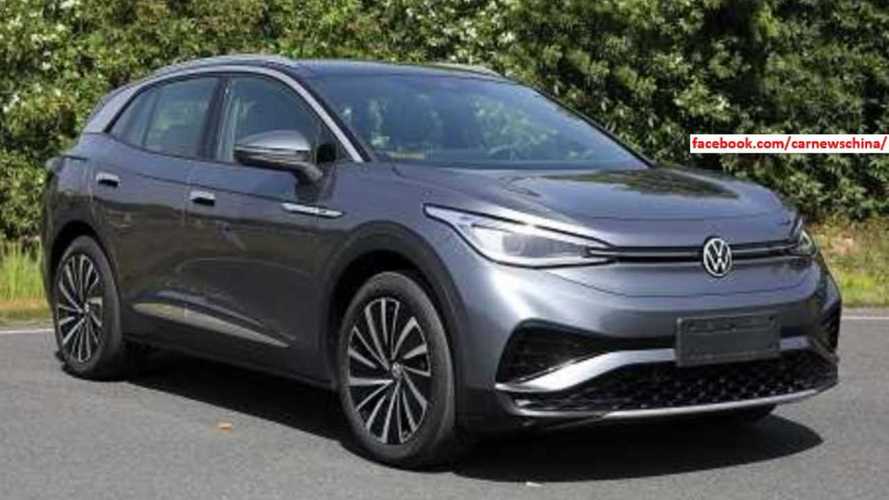 We expect the ID.4 sold elsewhere around the world will be pretty much identical to what you see here.

While VW is still parading ID.4 prototypes under camouflage, trying to fool onlookers and spy photographers into thinking they’re looking at a Kia or Opel, shots of the final production vehicle have leaked online in China - the photos are most likely the batch submitted by the automaker to the local patent office and that's where they leaked from. It looks like there will be two versions, called Crozz and X, but they won’t be very different.

The design of the ID.4 is not surprising. It’s exactly what we were expecting based on what VW had shown thus far, as well as browsing through our own extensive collection of increasingly revealing spy shots. What looks a bit more obvious now that the car no longer has any misleading camo on it is the fact that it has a pretty sporty Coke bottle shape going, especially if you look at it from a side perspective.

The front, sadly, doesn’t have a full light bar that connects the headlight clusters, like some of Volkswagen’s ID concepts, but there is a bar that runs across the faux grille visually linking the two; there also appear to be two different headlight designs (at least for China). From the back, It looks like there is almost a full light bar - it seems to be interrupted by the VW badge - at this point we don’t know if it lights up, but if it does, it’s definitely going to look cool.

When it comes to interior shots, we're still waiting to see those; so far none have been published. One detail that was published alongside the photos is the exact size of the ID.4 (further strengthening the theory that the photos and these dimensions came from a patent office). According to this information, the ID.4 is 4,592 mm (180.8 inches) long, 1,852 mm (72.9 inches) wide and stands 1,629 mm (64.1 inches) tall.

Regarding the two versions, the Crozz and X, we didn’t spot any major visual differences between them, but we’ll have to wait for official photos to more accurately assess this. We don’t even know if they will be available in Europe and elsewhere, or if they’re a China-only deal. In fact, we can't be sure the ID.4 sold in Europe or the U.S. will look exactly like this, but even if it is different, changes will be minor.