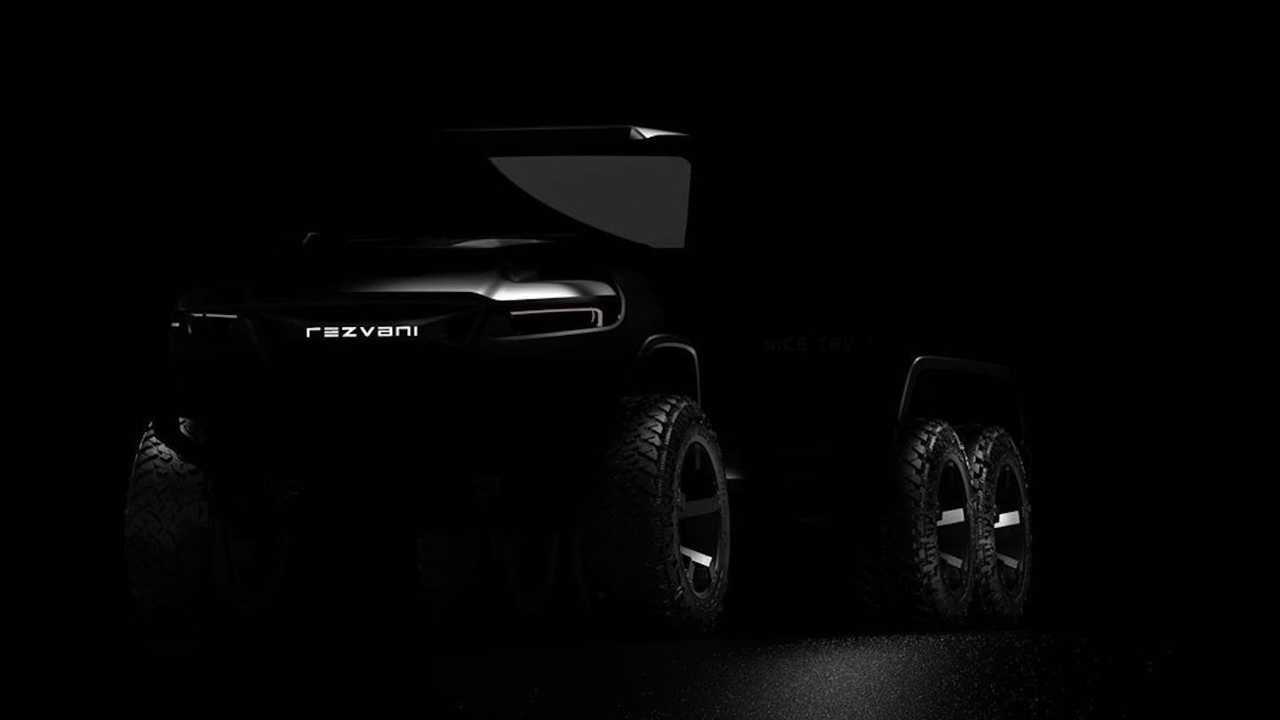 Because two axles on a Tank aren't enough.

What do the Chevy Silverado Goliath and Ford F-150 VelociRaptor have in common? Well, apart from having such cool, mythical names, both vehicles from Hennessey aren't satisfied with the good old conventional two axles. For these vehicles, six wheels are the way to go if you're looking for a monstrous ride to wait out an alien invasion.

Rezvani, known for its 1,000-bhp Tank with EMP protection (yes, that exists), has decided that it's about time to add another pair of wheels onto its behemoth of an SUV.

And it's got a cool name, too. Introducing, the Hercules 6x6.

The California-based maker of road-legal military-spec SUVs teased its upcoming Hercules 6x6 through its website and through its Instagram account. The teasers don't reveal too much, though, as the first one shows the 6x6 SUV sitting in the dark with lots of shadows while the other focuses on the two rear axles with the Rezvani logo adjacent to them.

The Rezvani Hercules 6x6 is expected to be based on the Jeep Wrangler JL just like the Tank X, so it's practically a 6x6 Wrangler but with lots of extras. If it inherits the features that its four-wheeled counterpart has, it should deliver at least 1,000 bhp and 870 pound-feet (1,180 Newton-metres) of torque coming from a supercharged 6.2-litre V8 engine.

Rezvani and its road-legal military-spec SUVs:

More details will be revealed soon as Rezvani announced that the Hercules 6x6 will be unveiled this summer – more likely via online channels only with the current coronavirus pandemic. Pricing hasn't been revealed yet but if the Tank's eye-watering price range is an indication, expect the Hercules 6x6 to go over $300,000 (approx. £240,000) if filled to the brim with options like EMP protection and race-ready FOX suspension, among others.

If you're interested, Rezvani has also opened the reservation lanes for the Hercules 6x6 with a $266 (£212) refundable deposit. This gives you the perk of receiving the details and images of the newest Rezvani vehicle.