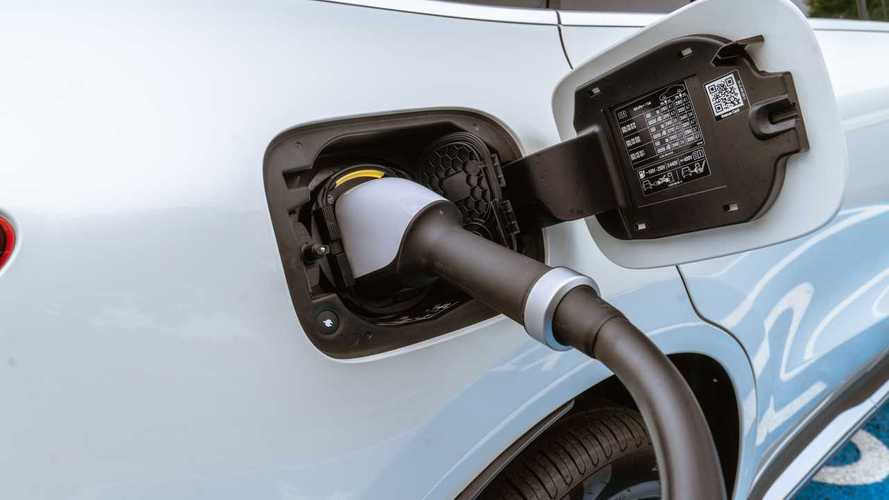 The new number plates will come in this autumn.

Electric vehicles will begin wearing number plates with a green ‘flash’ from this autumn, the government has confirmed. The idea, which was first mooted back in the autumn of 2018, is intended to encourage the uptake of zero-emission cars.

The government wants to use the new registration plates to help local authorities design and enforce new policies that incentivise people to own and drive electric vehicles (EVs). For example, the Department for Transport (DfT) has suggested councils could offer cheaper parking and free admission in zero-emission zones, where the green plate would instantly denote cars that are eligible.

More on the idea of green number plates for electric cars:

Transport Secretary Grant Shapps confirmed the plates would be introduced, but did not mention a cast-iron date for their introduction. Instead, the plates will be issued in the “autumn”, and will be available solely with fully electric, zero-emission cars.

Whether hydrogen fuel cell cars are included is not fully clear, although the wording suggests that would be the case. By the same token, the government’s statement implies hybrid and plug-in hybrid cars will not be eligible.

“A green recovery is key to helping us achieve our net zero carbon commitments while also promoting economic growth,” said Shapps. “Green number plates could unlock a number of incentives for drivers and increase awareness of cleaner vehicles on our roads, showing people that a greener transport future is within our grasp.

“We’re supporting small businesses to develop the transport tech of the future through a multi-million pound investment, ensuring that UK businesses remain at the forefront of low carbon innovation and research.”

The green number plates will sit alongside a £12 million funding package the DfT has announced for research into the zero-emission vehicle market. In particular, the department wants to use the cash to help develop more environmentally friendly cars and improve charging technology.

The funding, which was made available through the Office for Low Emission Vehicles (OLEV) and delivered through Innovate UK, will see £10 million invested in a new innovation competition for zero-emission vehicles. The scheme will invite applicants to bid for funding to support projects working on battery-electric and hydrogen fuel cell vehicles, as well as vehicle charging infrastructure.

OLEV will also dish out £2 million to UK small and medium businesses to support their research into zero-emission vehicles, particularly in areas such as battery technology. The government says the funding will help drive economic growth and has the potential to create more than 6,000 skilled jobs.