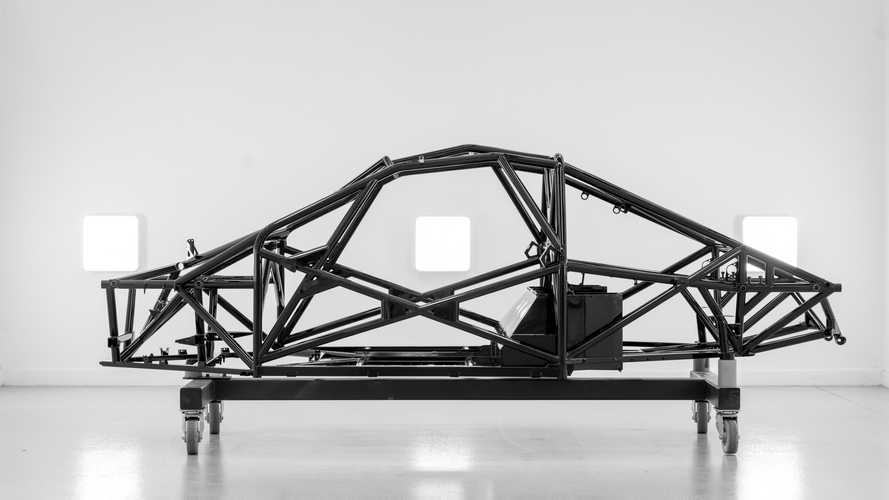 No rules, except one: keep it light.

The Brabham BT62 is the epitome of a no-limits track car. That's basically the approach that its designers took during its gestation. However, there was one rule.

The BT62 had to weigh in at under 1,000 kg, and is does, hitting the scales at 972 kg. To achieve that the car makes use of a blend of exotic materials such as carbon-kevlar and chromoly steel as well as carbon fibre which is of course commonplace in supercar construction these days.

More on the Brabham BT62

The use of chromoly steel is of particular note – its use allows the chassis rid the need of a carbon tub, but remain lightweight (65 kg lighter than an all-carbon design) and have walls that are 50 percent thinner but still with 'unparalleled torsional rigidity'.

Other parts of the car also went through extremely thorough design and development processes. The carbon/carbon brakes cut a total of 20 kgs – they also reducing stopping distances by as much as 150 metres. A redesign of the engine's rotating assembly cut a further 15 kg,

Conversely, downforce numbers are higher than 1000 kg. Much higher. The BT62’s 1600kgs of downforce gives a huge advantage in the power-to-weight arms race given that comparable cars tend to weigh in at 1500 kg as opposed to the BT62's svelte 972 kg weight and 5.4-litre 700 bhp V8.

The upcoming road-going version of the BT62 will keep the track and race versions' unparralleled lightweight construction, too. Its weight will creep up, naturally, as road compliance measures are fitted, but it'll hardly be a porker.

What will be properly changed will be the ride height, an increased steering lock range, and the addition of air conditioning, door locks immobilisers, and upholstery.

Gallery: This is how the Brabham BT62 weighs less than 1000 kg