BMW i8 production comes to an end, see the final car 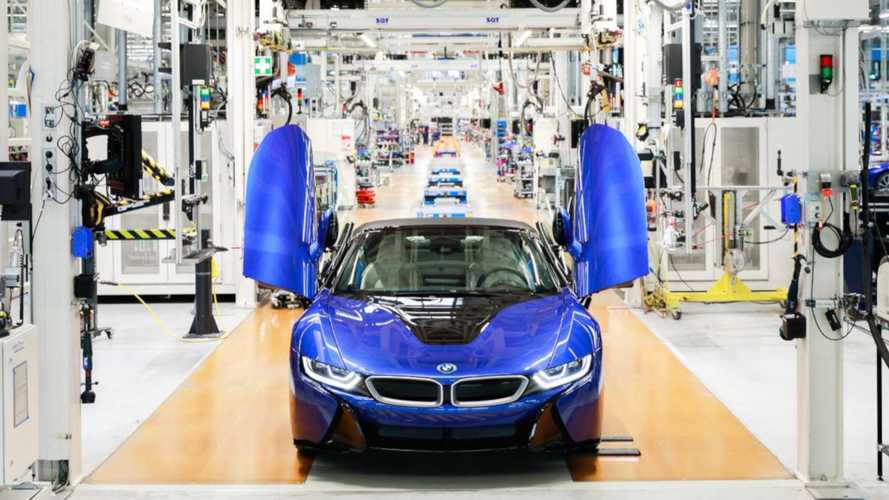 It's an i8 Roadster finished in Portimao Blue, believed to be the only one in existence.

We knew this was coming, so we can’t say we’re surprised that BMW is bidding adieu to the i8. In fact, the plug-in hybrid sports car was supposed to reach the end of the (assembly) line in April, but its death was delayed by the coronavirus pandemic. The company had to hit the pause button on its operations at the Leipzig plant in Germany, and now that it’s up and running again, the final i8 has been assembled.

It’s a roadster finished in Portimao Blue, which according to our friends at BMWBLOG might just be the only i8 ever painted from the factory in this shade. The electrified machine was built for around six years during which 20,500 cars rolled off the assembly line, with the final 18 examples benefiting from a high level of customisation for a proper send-off.

BMW i8 production to end in April - official
⠀

Even though we can trace the BMW i8’s design roots back to 2009 when the Vision EfficientDynamics concept was unveiled, its avant-garde design still sends out a futuristic vibe more than a decade later. While it hasn’t been a huge commercial success, the electrified coupe and roadster duo was at the forefront of the company’s technological advancements. From its carbon fibre passenger cell to laser headlights, the i8 was unquestionably a technological tour de force.

Even though a direct replacement is not planned, the hybrid know-how gained during the i8’s life cycle has allowed BMW to kick its electrification plans into a higher gear. The company aims to have at least 25 electrified models on sale by the middle of the decade, with a minimum of 12 eschewing the combustion engine altogether. The first order of business is to launch the iX3 as the zero-emissions X3, with the iNext due in 2021 as the crown jewel of BMW’s EV portfolio.