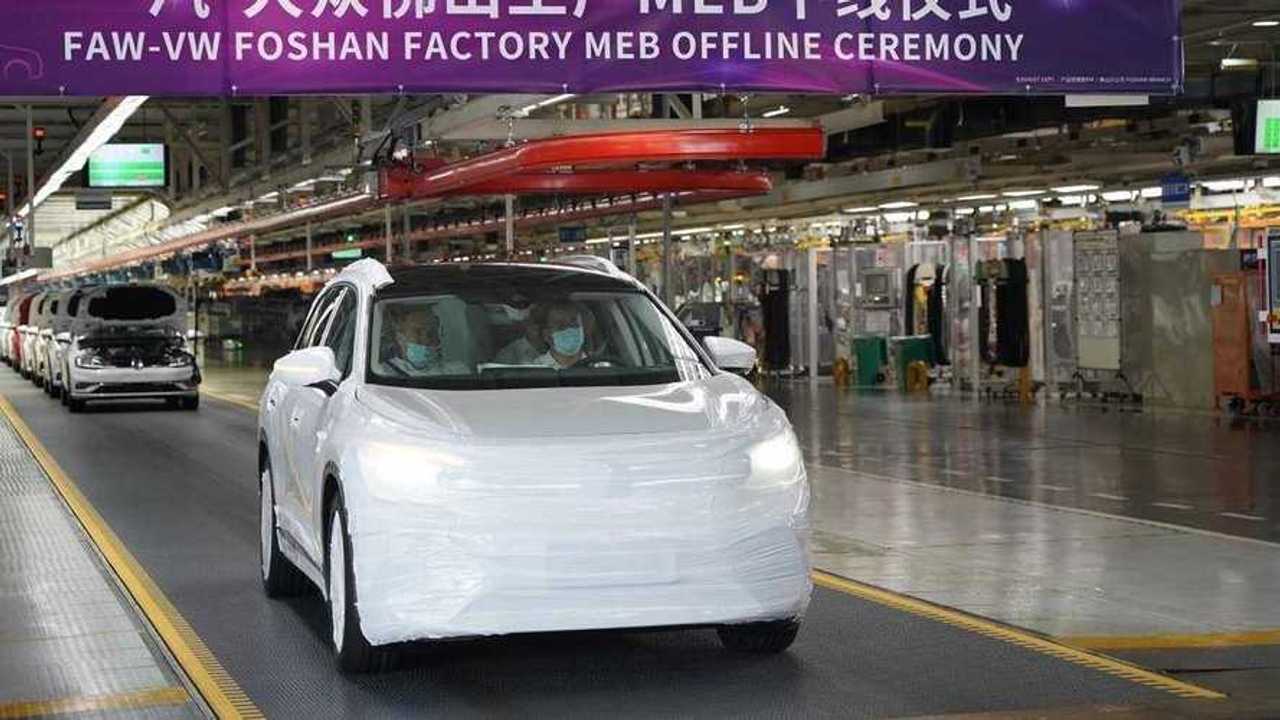 It was shown, under partial camouflage, at the FAW-VW Foshan Factory MEB Offline Ceremony.

According to xchuxing.com, the event was held on June 10 to celebrate the first two MEB-based all-electric models rolling off the production line at that particular factory. Aside from this, we don’t have any additional information on the model.

Volkswagen introduces ID. Charger: a Wallbox for everyone

We do know it will be a battery powered SUV that will sit above the ID.4 in the range, and it may or may not be sold in Europe. Last year VW mentioned that there will be some China-only ID-badged models, and the manufacturer may have been referring to this very car.

In Europe, once the ID.3 and ID.4 (which will be available in two body styles) will be launched, VW will probably proceed to launch the production version of the ID Space Vizzion concept. According to a recent report, the latter will first be put on sale as an estate, with a more style conscious coupe-like saloon model joining the range one year later.