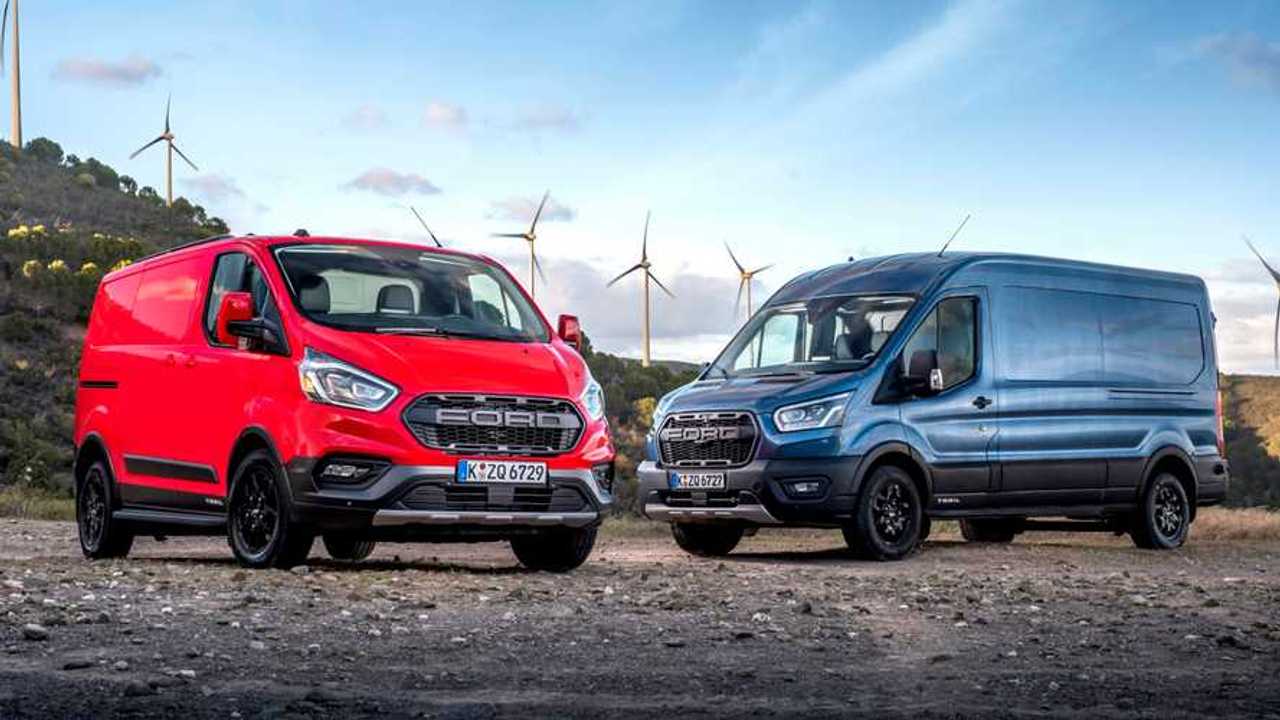 Ford has revealed a range of new “rough-road-capable” Transit and Transit Custom vans, which will wear the ‘Trail’ badge. Available to order now with first deliveries expected later this summer, the rugged versions of Britain’s most popular van will get tough-looking body cladding and off-road-orientated mechanical upgrades.

The newcomers are instantly recognisable by their oversized “Ford” lettering in the matte black grille, as well as the black cladding around the front and rear bumpers and side panels. A set of model-specific 16-inch alloy wheels and “Trail” logos on the front doors also mark out the off-road model, while the smaller of the two vehicles – the Transit Custom – can also be fitted with roof rails and running boards.

More on the Ford Transit:

Inside, there’s “wipe-clean” leather upholstery, while air conditioning and a heated windscreen also come as standard. Power-folding door mirrors are included in the price, too, as is automatic lighting.

Both models back the off-road design up with a new limited-slip differential and a reworked traction control system, which is designed to increase traction on slippery surfaces. The Transit, however, will also be available with Ford’s “intelligent” all-wheel-drive system. Based on the rear-drive Transit, the system sends all its power to the rear wheels under normal conditions, but if needs be, it can send up to 50 percent to the front.

Customers of both vehicles get a choice of panel van and double-cab-in-van body styles, depending on their needs, while there’s a range of 2-litre diesel engines on offer. Buyers can choose from 128 bhp, 168 bhp and 182 bhp motors on both vans, but Transit Custom Trail models offer the added efficiency of mild-hybrid technology. The 48-volt systems harvest energy normally lost under braking, then uses that to help out the engine when it’s under load.

As well as providing the ‘Trail’ off-road workhorses, though, Ford is hoping to cater for the lifestyle market by adding new ‘Active’ models to the Transit Custom and Tourneo Custom. Like the Trail models, they get bulkier bodywork, but the limited-slip differential is an optional extra and four-wheel-drive is nowhere to be seen.

Active models are marked out by their 17-inch alloy wheels, mesh grille and body cladding, while roof rails are also standard features. Inside, they get part-leather seat trim, and the passenger-carrying Tourneo Custom Active adds blue touches on the instrument panel.

However, customers choosing the Tourneo Custom Active get just one body style – the eight-seat van-based MPV – but the same range of three diesel engines seen on the Transit Custom Trail. There’s more choice for Transit Active buyers, who get the option of panel van and double-cab-in-van, as well as a choice of short- and long-wheelbase.

“The Active and Trail models demonstrate how versatile and capable the Transit range can be,” said Hans Schep, general manager for commercial vehicles at Ford of Europe. “From businesses that operate off the beaten track to families who want a vehicle as adventurous as they are, there is a Transit to suit every need.” 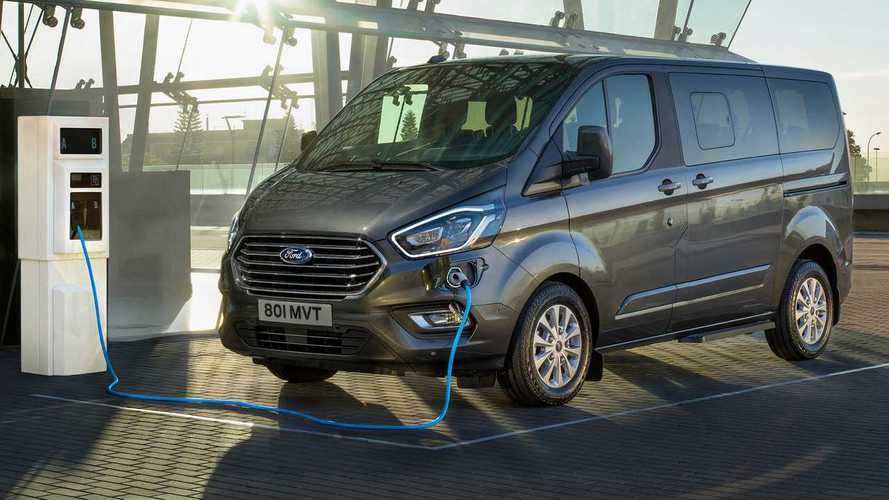