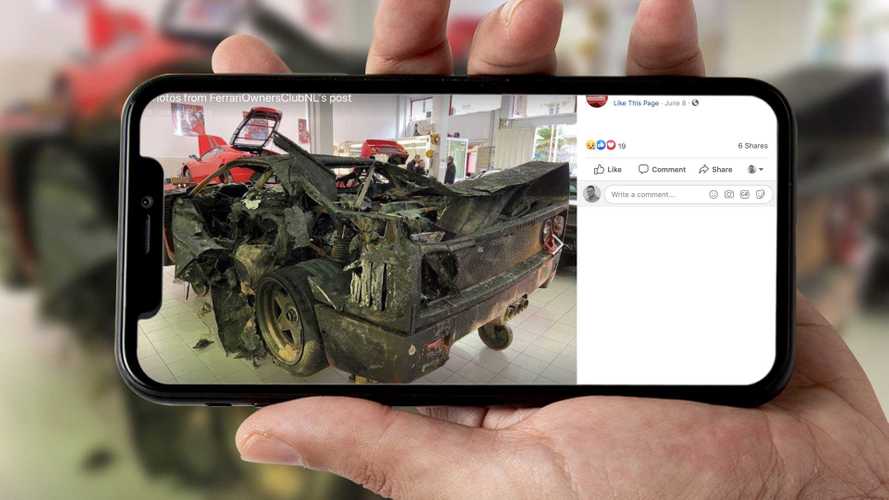 Pictures indicate this F40 needs a ton of work to get back on the road.

If a vehicle is worth enough and the owner has the cash to spend even the overwhelming damage is repairable. For example, you might remember the Ferrari F40 that caught fire in Monaco in February 2020. The famous supercar's owner has reportedly decided to restore the car despite most of it being a charred mess of melted carbon fibre and aluminium.

A post on the Ferrari Owners Club NL Facebook group drew attention to the F40's current, severely burned condition. In addition, a commenter on the Ferrari Chat forum indicated that a dealer in Germany bought the car with the intention of restoring it. There was also a photo of a truck picking it up, presumably to go to the new owner.

The incredible backstory of how Uday Hussein's Ferrari F40 was found
⠀

The photos provide a great look at the extent of the damage. The front of the car looks surprisingly good, but the situation rapidly gets worse as you walk around the vehicle. The driver's side is melted, and some of the structure underneath is exposed. The passenger compartment is even worse, and it's hard to imagine anything in there being salvageable. The engine bay at least has recognizable components, but there's nothing that you'd want to re-use for a restoration.

Assuming the info is correct that the new owner intends to rebuild the F40, then there's a mechanic out there with lots of billable hours coming from completing this project. It's not like there's an F40 in every salvage yard to get replacement components from. Commenters on Ferrari Chat debated whether a restoration was even feasible given the extent of the damage or whether the finished product would be in essence an F40 replica wearing an authentic VIN.