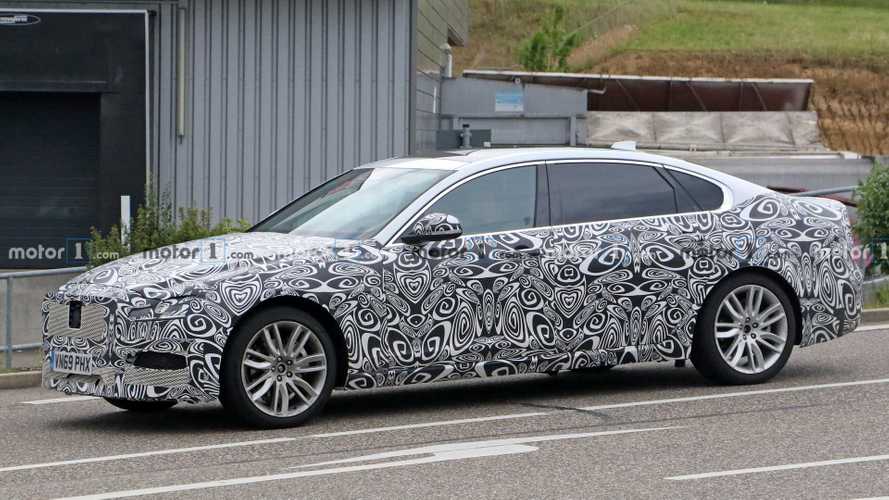 Expect a reveal later this year.

Spy photos of Jaguar XF test vehicles popped up last year. Since then, our photographers captured the estate, which Jag calls the Sportbrake, and the saloon, along with the long-wheelbase version, the XF L, too.

New photos of the XF Sportbrake and XF L shows Jaguar is continuing development. However, like all the other spy photos, the cars here still wear plenty of camouflage from the beltline down, obscuring many of the changes we expect the automaker to make to the model.

We’re not expecting a significant design change with the mid-cycle refresh. Instead, Jaguar should update the lighting elements, revise the front and rear bumpers, and tweak the look of the grille. There could be other minor exterior changes, too. Rumours suggest that Jaguar will give the interior a thorough overhaul, increasing its perceived quality and luxury. The XF L, which will retain the current car’s wheelbase, will only be available for the Chinese market.

When the updated XF arrives, it should come with updated diesel engines that’ll meet Europe’s tightening emissions regulations for 2021. Details about other powertrains remain a mystery. It’s not clear if the XF’s current powertrains will carry over unchanged, or if Jaguar could attempt to fit the company’s newly developed 3.0-litre inline-six under its bonnet.

The 2021 Jaguar XF, in all its variants, should debut later this year before going on sale in early next. We’re not expecting any radical changes, but whatever Jaguar updates should keep it competitive against the Audi A6, BMW 5 Series, and Mercedes E-Class. We hope to learn more about the fate of the sportier XF S model. Rumours suggest the trim is on the chopping block due to its inability to meet Europe’s emissions standards.