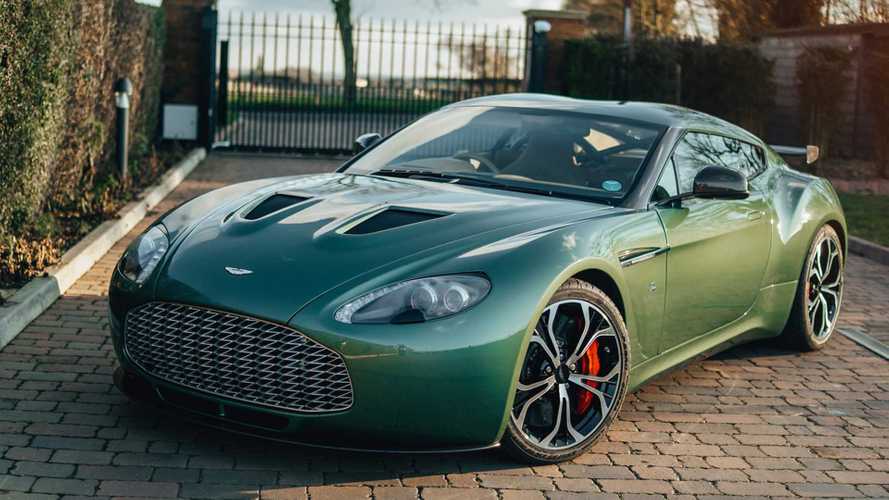 The unique Aston is a pre-production model.

A unique aluminium-bodied Aston Martin V12 Zagato is being offered for sale by Bell Sport & Classic.

The one-off car was unveiled at the 2011 Concorso d’Eleganza Villa d’Este to celebrate the 50th anniversary of the iconic DB4GT Zagato. At the concours the car won the 'Design Award for Concept Cars and Prototypes' and was subsequently put into production with 64 being made.

Aston Martin not looking for 'headline' names for F1 2021

The car being sold was one of two pre-production variants, and is the only car made solely out of aluminium rather than aluminium and carbon fibre that the 64 production cars were made from.

It was owned by Aston Martin until 2016 when it was purchased by a well regarded Aston Martin client who snapped it up before it made it to its intended home as part of Zagato's own collection. That customer has been the only owner of the car outside the manufacturer so far.

The right-hand-drive car was originally painted Titanium Grey, but was later refinished in Aston Martin Racing Green. At the same time the interior was also retrimmed to its tan leather trim that it has today.

Not much is known about the car's true performance, but there are rumours that the 5.9-litre V12 engine has been tweaked to deliver a bit more power than the standard car’s 510bhp.

"We are very pleased to offer for sale this truly unique Aston Martin V12 Zagato," said Tim Kearns, managing director at Bell Sport and Classic. "All of the cars in the limited run of 64 are, of course, very special indeed but this outstanding example is one of only two pre-production cars and the only fully aluminium-bodied model ever made.

"It has been treated to a meticulous recommissioning by Aston Martin itself and would be a wonderful addition to any collection."