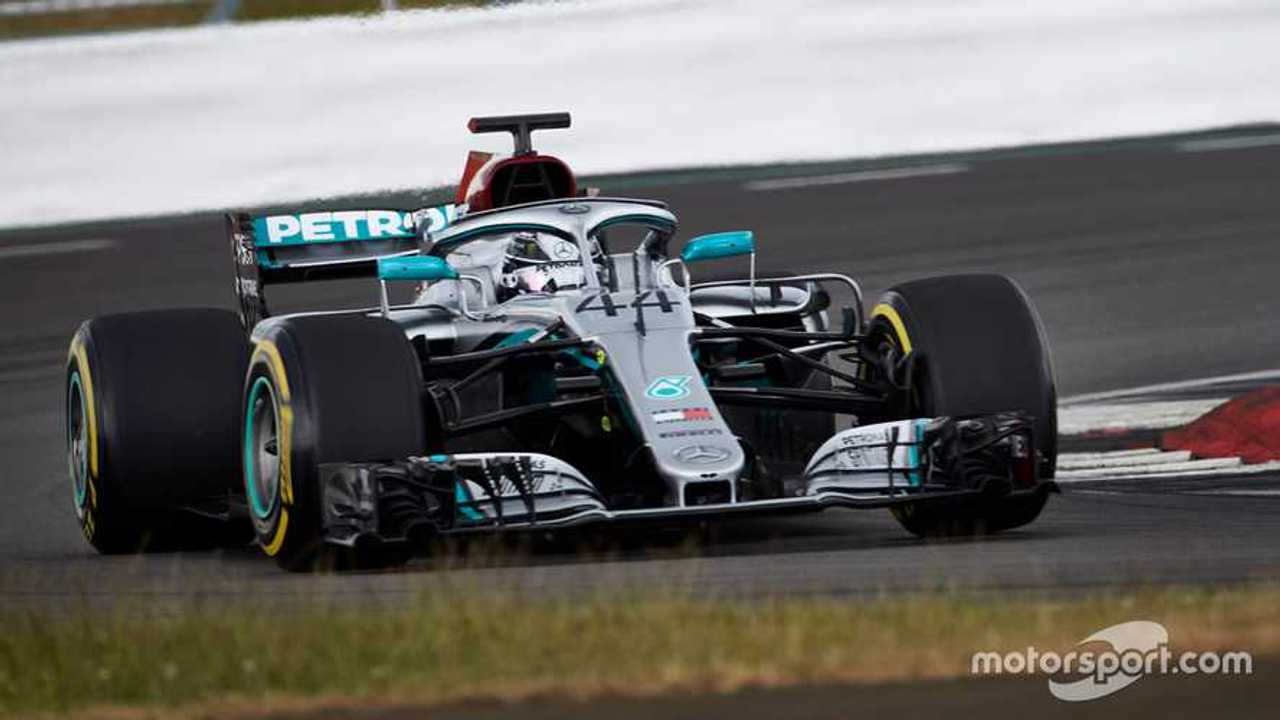 Lewis Hamilton reported feeling no rustiness upon his return to Formula 1 test action with Mercedes on Wednesday, saying it "didn't feel like I've ever left the water".

After seeing teammate Valtteri Bottas complete running with the 2018 championship-winning Mercedes W09 car on Tuesday at Silverstone, Hamilton enjoyed his first F1 run-out since the end of February on Wednesday.

Teams are prohibited from completing extensive test running with cars less than two years old, but Mercedes made use of its maintained 2018 cars to practice new protocols ahead of the first F1 race back in Austria next month.

Hamilton completed an extensive day of running at Silverstone despite the changeable weather conditions, marking his first running since the end of pre-season testing in Barcelona three-and-a-half months ago.

Speaking in a video posted to Mercedes' social media channels after completing the test on Wednesday, Hamilton said it felt "just great to be back in the car" and that the day was "a lot of fun".

Lewis Hamilton 'overcome with rage' by events in USA

"When you leave the garage the first time, you get this buzz, and it doesn't matter how many years you do it, it always feels new and fresh," Hamilton said.

"Obviously this is an older car, but it still felt fantastic. We got through a solid programme today.

"Valtteri's day was dry, my day started of wet, so quite a greasy Silverstone track. But obviously I grew up in this kind of weather, so I'm used to it. I was still able to get a good feel of the car. "

A number of F1 drivers have raised concerns about needing time to adjust once racing resumes, but Hamilton said he felt no issues upon returning to the cockpit.

"I didn't feel like I've ever left the water, so that's a positive," Hamilton said.

"I think every time you take a big break - I think it's been 103 days or something - you always wonder whether you can still drive.

"So it's a good feeling to know of course I can, I'm ready, I feel fit. I hope you guys are all well and excited for what's coming up."

Mercedes continued to practice protocols following the outbreak of COVID-19, with all team members wearing masks and adhering to strict social distancing guidelines in the garage.

Mercedes and Ferrari are the only two teams known to be conducting tests with previous F1 cars to help prepare for the season start in Austria on 5 July.

Other drivers have been sampling junior formulae cars, including Lando Norris and Alexander Albon, both of whom completed running at Silverstone last week.