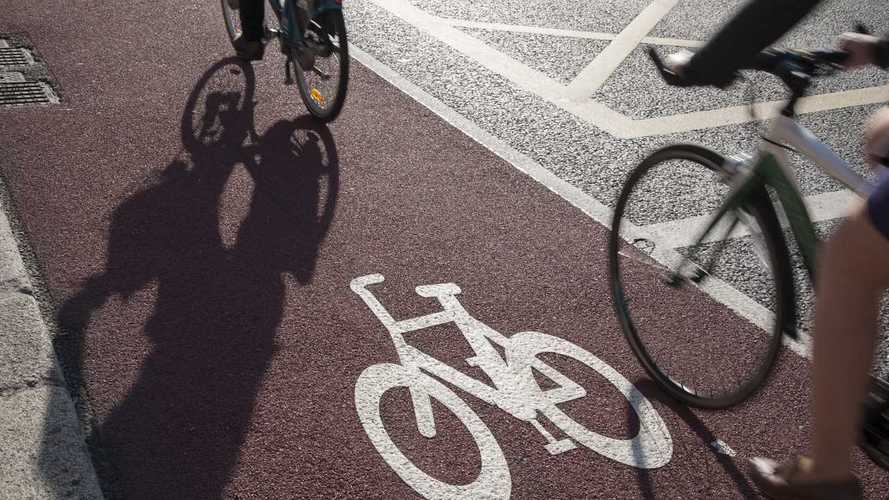 The government hopes the move will improve safety for cyclists.

Councils and local authorities in England will get new powers to fine motorists who park in cycle lanes, the government has confirmed. Speaking yesterday (June 10), transport minister Chris Heaton-Harris said the move would improve cycling safety and encourage people to use their push bikes.

Under the new rules, local authorities will be able to use CCTV to issue penalty charge notices to drivers who park or load illegally in mandatory cycle lanes. Such actions, the government says, can put cyclists “at risk of a serious accident”.

Councils expected to reallocate road space to cyclists 'within weeks'

In a statement, the Department for Transport (DfT) said: “Cars parked on cycle lanes pose problems for cyclists, often forcing them into the flow of traffic. With approved camera devices, it will be easier for those local authorities with civil parking enforcement powers to take action against cars illegally parked on mandatory cycle lanes, allowing cyclists to complete their journeys without deviating from their path.”

As well as discouraging illegal parking and improving safety for cyclists, the DfT hopes the measures will give people the “confidence” to use their bicycles more regularly, alleviating pressure on the road network and public transport. The move comes in the middle of Bike Week (June 6-14), which sees the public encouraged to cycle in a bid to boost fitness and protect the environment.

The news also follows a government commitment to spend £2 billion creating a “greener transport network”. This included £225 million for local authorities in England to create pop up cycle lanes, wider pavements and bike- and bus-only corridors. The government also introduced a bike repair scheme, with vouchers issued to help people in England return their old bikes to the road.

However, then it was announced last month, the plan was derided as a “£2 billion war on drivers” by the Alliance of British Drivers, which claims to represent UK road users. The organisation said the plans would cause more congestion and accused the government of “bullying” motorists.

Transport minister Chris Heaton-Harris, who is the Conservative MP for Daventry, in Northamptonshire, said the latest measures followed a surge in the popularity of cycling amid the coronavirus crisis.

“Across the country there has been a surge in the number of people dusting off their old bike from the back of the shed and cycling, or taking journeys on foot, to get from A to B,” he said. “Giving local authorities more powers to stop cycle lanes from becoming blocked will make it safer for cyclists. These new measures also build on our recent £2 billion investment to create a green, healthier legacy and see more people travelling by bicycle or on foot.”