24 Hours of Le Mans Virtual: Who's driving, how to watch & more 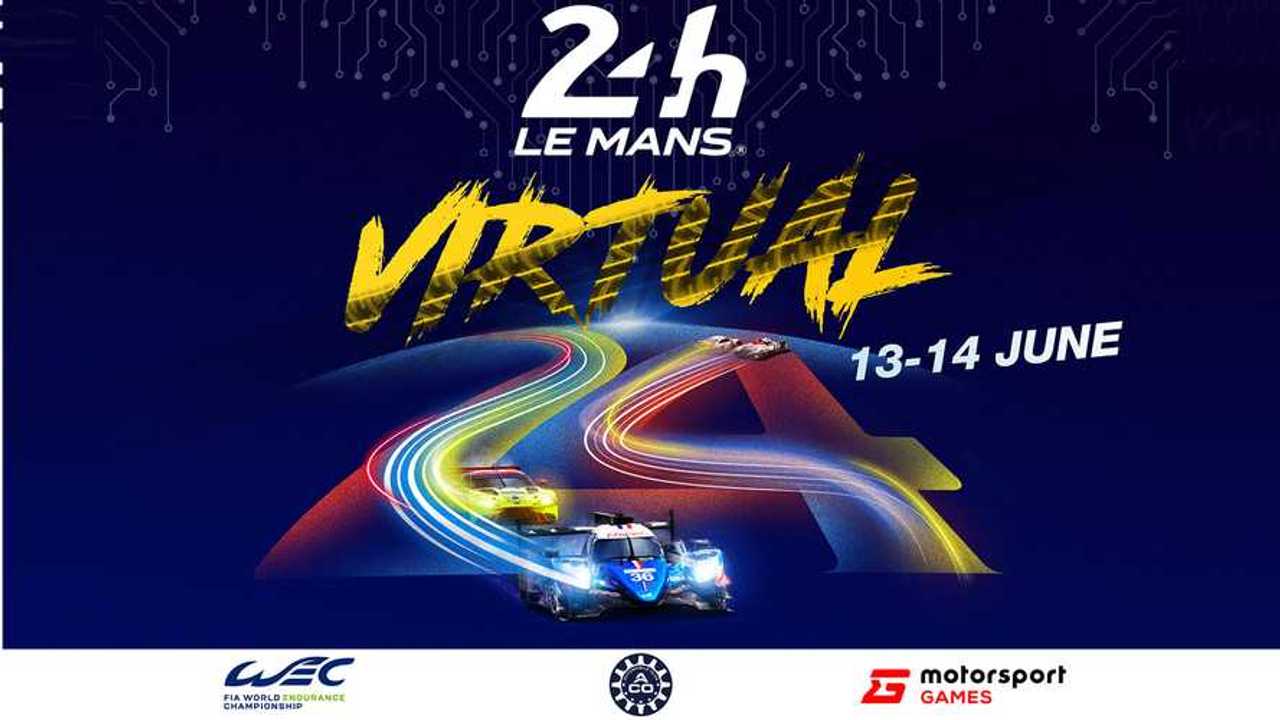 While the Le Mans 24 Hours has been postponed until September due to the coronavirus pandemic, there will still be a race on 13-14 June on the famous Sarthe circuit.

A combination of professional drivers and Esports racers are taking to the track for the 24 Hours of Le Mans Virtual, a joint enterprise between the FIA World Endurance Championship, Automobile Club de l'Ouest and Motorsport Games featuring a 50-car grid.

What is the 24 Hours of Le Mans Virtual?

With the traditional Le Mans weekend left empty of motorsport due to COVID-19, the 24 Hours of Le Mans Virtual is an online, 24-hour race that will bring together names from across real and virtual racing to compete in one of motorsport's most famous events.

Who is driving in the 24 Hours of Le Mans Virtual?

The event has attracted 50 entries with each team comprising four drivers.

The impressive entry list contains competitors from all across motorsport, with each entry fielding a minimum of two professional drivers with an FIA international license and a maximum of two sim racers.

Five current F1 drivers will star on the grid, alongside two world champions as well as competitors from Formula 2, WEC, IndyCar, Formula E, the Esports world and more.

Simon Pagenaud and Juan Pablo Montoya will come together for Team Penske and WEC and Formula E racers Sebastien Buemi and Brendon Hartley will feature together for Toyota.

Each driver must complete a minimum of four hours of the event, but no more than seven hours can be raced by a single driver over the 24-hour period.

When is the 24 Hours of Le Mans Virtual?

In the four days leading up to the event there will be opportunities for the competitors to participate in free practice and on the evening of 12 June, the GTE and LMP teams will each take part in a 20-minute long qualifying session to set the grid for the next day's race.

What cars are being used?

The LMP class, with 30 entrants, will all use the ORECA LMP2 chassis.

However the 20-car-strong GTE class will be using a mix of Aston Martin, Porsche, Corvette and Ferrari machinery in its battle for supremacy, all of which are also fielding a factory team.

Each team will be allowed to use its own livery, with the designs to be revealed in the coming days.

What sim is the race running on?

The 24 Hours of Le Mans Virtual will be taking place on rFactor 2, supplied and supported by Studio 397, which is also used for the Formula E Race at Home Challenge.

The Circuit de la Sarthe, where the 24 Hours of Le Mans takes place each year, is available on rFactor 2 for a fee.

How can I watch the 24 Hours of Le Mans Virtual?

Motorsport.tv and Motorsport.com will stream the entire event as well as providing full coverage of all the action and updates across the Motorsport Network's websites and social media accounts.

Commentators will guide viewers through the event from a studio in Paris, with a multitude of guest experts contributing their knowledge and opinions throughout.

24 Hours of Le Mans Virtual: Here's every custom livery for the race
⠀