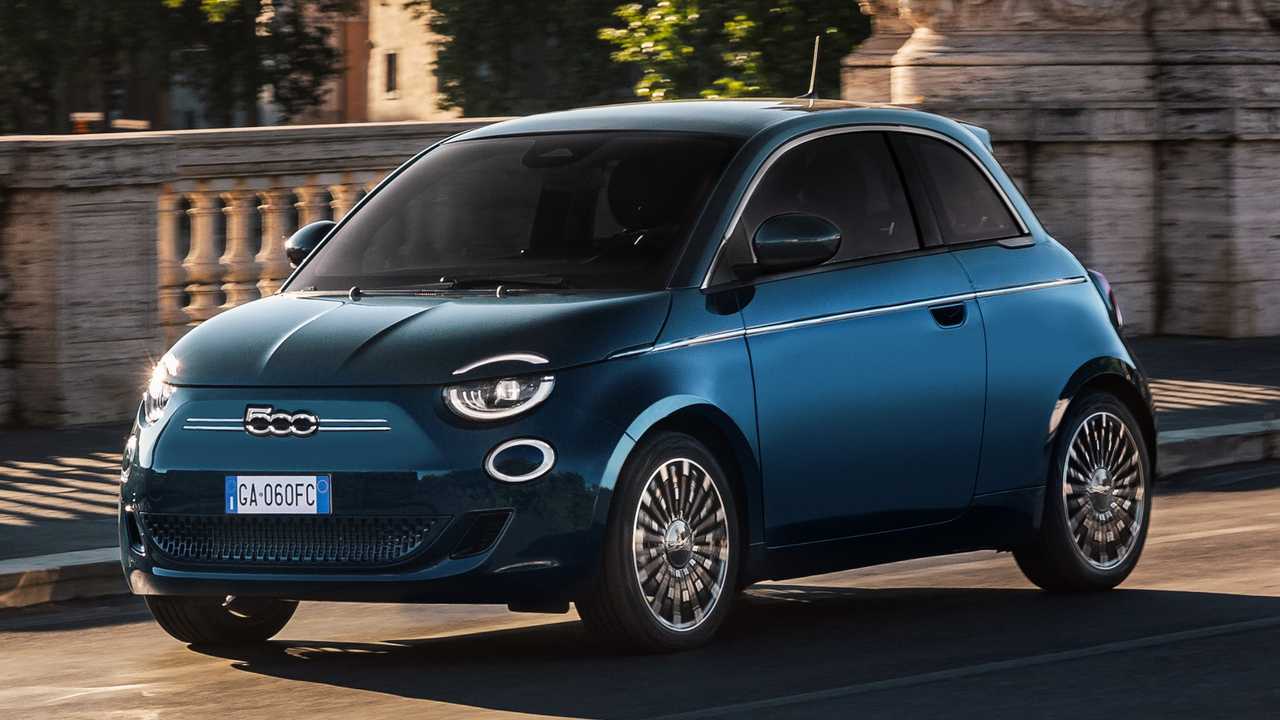 The third-generation of the modern Fiat 500 has been revealed.

Fiat has opened the order books for the new Fiat 500 'la Prima', an all-electric version of the popular city car.

While still unmistakably a 500, this new model features "softer and more rounded lines" compared to the outgoing car.

The car is highlighted by its panoramic glass sunroof and a new more pronounced spoiler. Standard colours include pearlescent Ocean Green; metallic Mineral Grey; and three-layer Celestial Blue – all model exclusives – while the 'la Prima' also includes full LED headlights, 17-inch diamond-cut wheels, chrome-plated inserts on the side panels, and dashboard and eco-leather seat upholstery all as standard.

Power comes from 42kWh lithium-ion batteries which give the car a range of up to 199 miles in the WLTP cycle. The car's 87kW electric motor helps the car achieve a (limited) top speed of 93mph, while completing the 0-31 mph run in 3.1 seconds and 0-62mph in 9 seconds.

It is equipped with an 85kW fast charge system that can accept both AC and DC charging. The fast charger takes only five minutes to charge up to 30 miles of range, and can also top the batteries up to 80 percent capacity in just 35 minutes.

Included in the car's price is a wall charger, fitted at your house. The included wall box can even be upgraded to 7.4kW, which provides a full charge in around six hours. An 11kW cable for public charge points is also included.

The 500 'la Prima' is loaded with techy features on the inside as well. It has level two autonomous capability, thanks to the inclusion of a front-facing camera, Intelligent Adaptive Cruise Control which brakes or accelerates in response to cars, cyclists, pedestrians; lane keeping technology; Intelligent Speed Assist; ultrasonic blind spot sensors; attention assist; and 360-degree sensors that keep the driver fully aware of their surroundings.

It is also the first Fiat Chrysler car to come with the new UConnect 5 infotainment system, which has been developed to give an entirely new user experience. It is compatible with Apple CarPlay and Android Auto operating systems and can be used in wireless mode. It works in conjunction with the car's 10.25-inch high-definition touchscreen that is integrated into the dashboard.

The UConnect 5 system is aligned with telematic box module. THe whole system can be used both in and outside the car thanks to smartphone integration, and can show the driver the battery level and service intervals; can be used to lock and unlock the doors as well as set the climate control; be used for navigation; make emergency calls; track the car, and be used as a wi-fi hotspot.

Prices for the electric runabout start at £26,995 and reservations are being taken now.