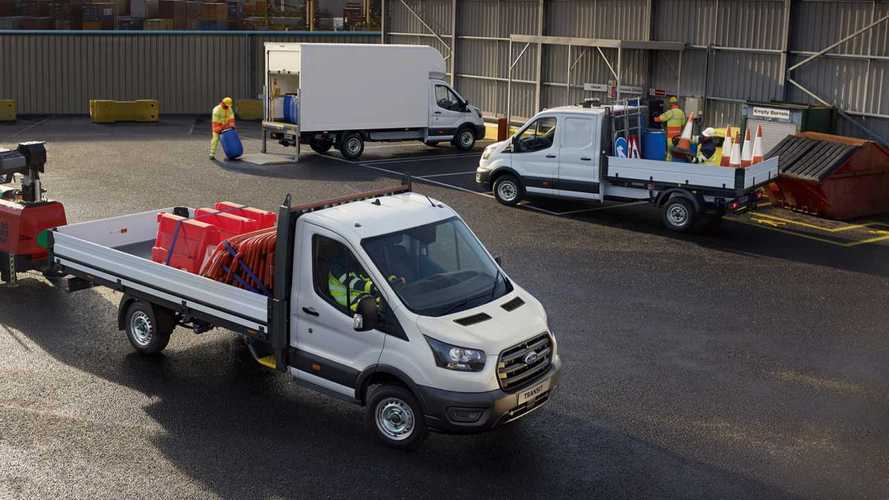 May wasn't as bad as April, but sales still fell by 74.1 percent.

The data, which was revealed by the Society of Motor Manufacturers and Traders (SMMT), shows more than 7,500 new commercial vehicles weighing less than 3.5 tonnes were registered last month. In comparison, the fourth month of 2019 saw more than 29,000 such vehicles hit the roads of the UK.

More on van sales under lockdown:

Of those vehicles that were registered last month, the SMMT says the majority were acquired by fleets running food distribution, home delivery and utilities, as well as broadband and emergency services operations. As usual, the vast majority of vehicles registered were vans weighing between 2.5 and 3.5 tonnes, of which more than 5,400 were bought.

Just like April, May saw smaller commercial vehicles such as pick-ups and 4x4s saw the largest drop in demand, with registrations falling 80.3 and 83.8 percent respectively. Similarly, the number of registrations of small vans weighing less than two tonnes fell 84 percent.

The drop in registrations during lockdown has seen the van market fall far behind the levels seen during 2019. Over the first five months of this year, just under 79,000 vans have been registered, down from more than 156,000 at the same point in 2019.

Although these figures show the van market has been hit hard by the coronavirus lockdown, it hasn’t suffered quite as much as the new car market. According to the SMMT, sales of passenger cars were down 89 percent in May, with just over 20,000 new cars registered. Incredibly, May’s best-selling van – the Ford Transit – outsold the Tesla Model 3, which was the best-selling car last month.

According to the SMMT’s chief executive, Mike Hawes, increased van sales after lockdown would be “critical” to the economy, with the “cleanest” new vehicles arriving on the roads of the UK.

“While slightly better than April, these figures are still extremely worrying,” he said. “As more businesses re-open, we are seeing a gradual uptick in fleet renewal orders. However, restoring operator confidence to ensure they continue to invest in their fleets is the only way to get more of the latest, cleanest commercial vehicles on our roads. This will be critical not just to the economy but to the resumption of normality for business and society which depends on this sector.”