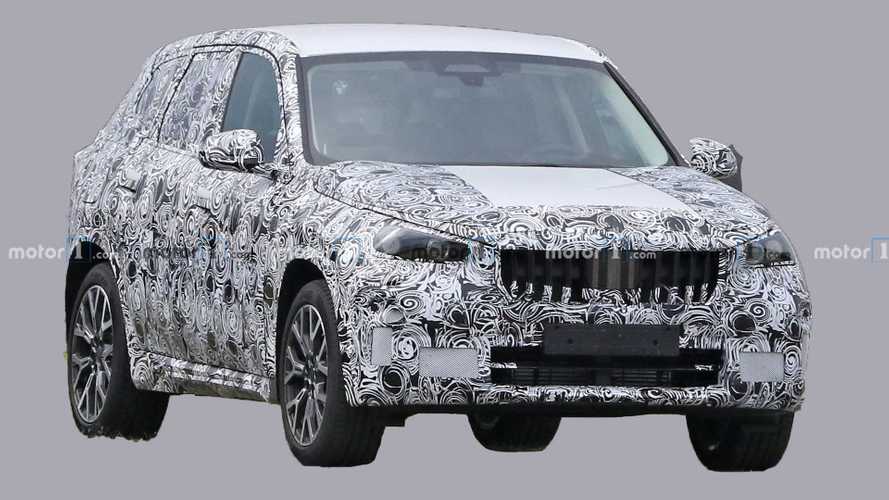 It looks like BMW is working on a smaller grille, rather than a bigger one, for a change.

Here's our very first look at the next-gen BMW X1, and the little crossover is still wearing some heavy camouflage. Even with the covering, it looks like there could be some big changes for the new model. This one is posing with an iX3 prototype.

At this point, BMW isn't even letting us see the company's trademark kidney grille on this model. However, the size of the opening is smaller than on current BMW products, particularly the new 4 Series. Rather than having a mostly horizontal layout, the lamps on this vehicle follow the wings/fenders towards the doors. Unless it's under the fake body panels on each side, there don't appear to be creases in the bonnet.

BMW X1 gets PHEV variant in Europe, up to 35 miles of electric range

It's not easy to see how BMW's designers are handling the styling for the new X1's sides. There's no evidence of hard creases or significant sculpting. The fasteners are visible for the covering over the rear pillar, which tells us that there's something back there that the company doesn't yet want the world to see.

At the back, there's a fairly large spoiler over the roof, and the third brake light is at the tip of it. The size of the window seems rather small vertically, making us wonder about rearward visibility. Below the glass, there's a prominent step in the hatch, and it seems like a portion of the taillights might go here. The rest of the lamps wrap around the side. There are no cutouts in the bumper to show the exhausts.

Mechanical details about the new X1 are still a mystery, but it's safe to expect the little crossover to use the German brand's smallest powerplants. Also, look for hybrid and possibly even plug-in hybrid versions. In addition to the combustion powerplants, there will be the fully electric iX1 with slightly different styling but the same underpinnings.