This rendering previews possible VW ID.5 electric saloon due in 2022 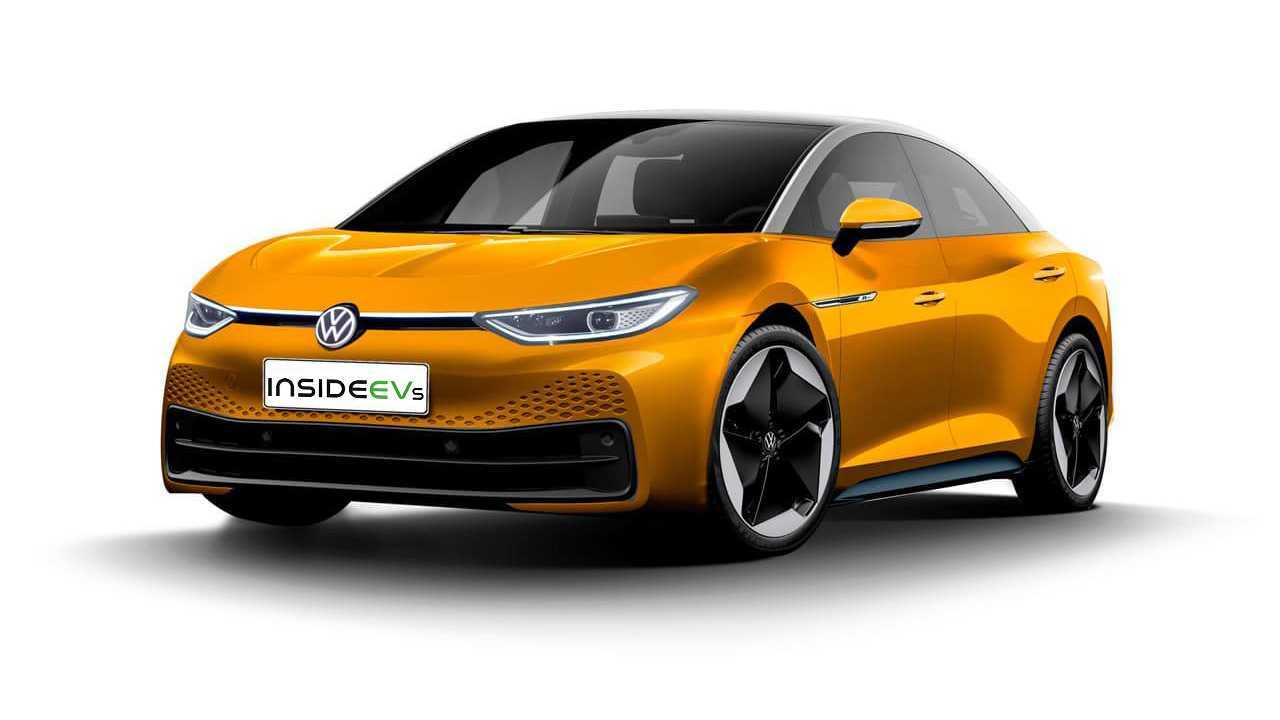 It is being pegged as the electric alternative to the likes of the Passat or Arteon four-doors.

Once Volkswagen launches the ID.3 and ID.4, which are both about the same size, just differing in height, it will undeniably look at expanding into other size segments. The next model after those two could be the production version of the ID Space Vizzion concept, called ID.5, which will first be launched as an estate, close similar to the study and one year later a saloon will join it in the range.

Motor.es seems certain that the ID.5 won’t only be sold as an estate, but a sleek, coupe-like saloon as well. It says it has an unnamed insider source that said both versions of the ID.5 will be built and sold alongside.

The source article argues that it will be the green alternative to the Passat and Arteon in VW’s range and it also provides an accurate, believable rendering to show what it could look like. And just like the ID.3 that is Golf-sized but offers Passat levels of room inside, this ID.5 saloon should have as much space in its interior as the even larger Phaeton luxury saloon.

Volkswagen has made no announcement regarding the ID.5 and what kind of body style it’s going to have. The automaker is clearly not shying away from offering multiple body styles, even for niche models like the Arteon (which after its midlife cycle refresh will be available as a shooting brake model too), so this bit of news that there will be two flavours of ID.5 does make sense.

Whichever body type VW goes for, it will still ride on the same MEB dedicated electric vehicle platform as the ID.3 and ID.4, which means its base versions will be rear-wheel drive. However, since it will be a bigger vehicle than those two, VW may choose to make it more powerful and if it decides to make performance versions based on it, those will certainly be more potent than the hot variants of ID.3 and ID.4.

The first which is expected to be launched is the ID.5 estate, in 2021, which will be followed by the saloon previewed by these renderings one year later.