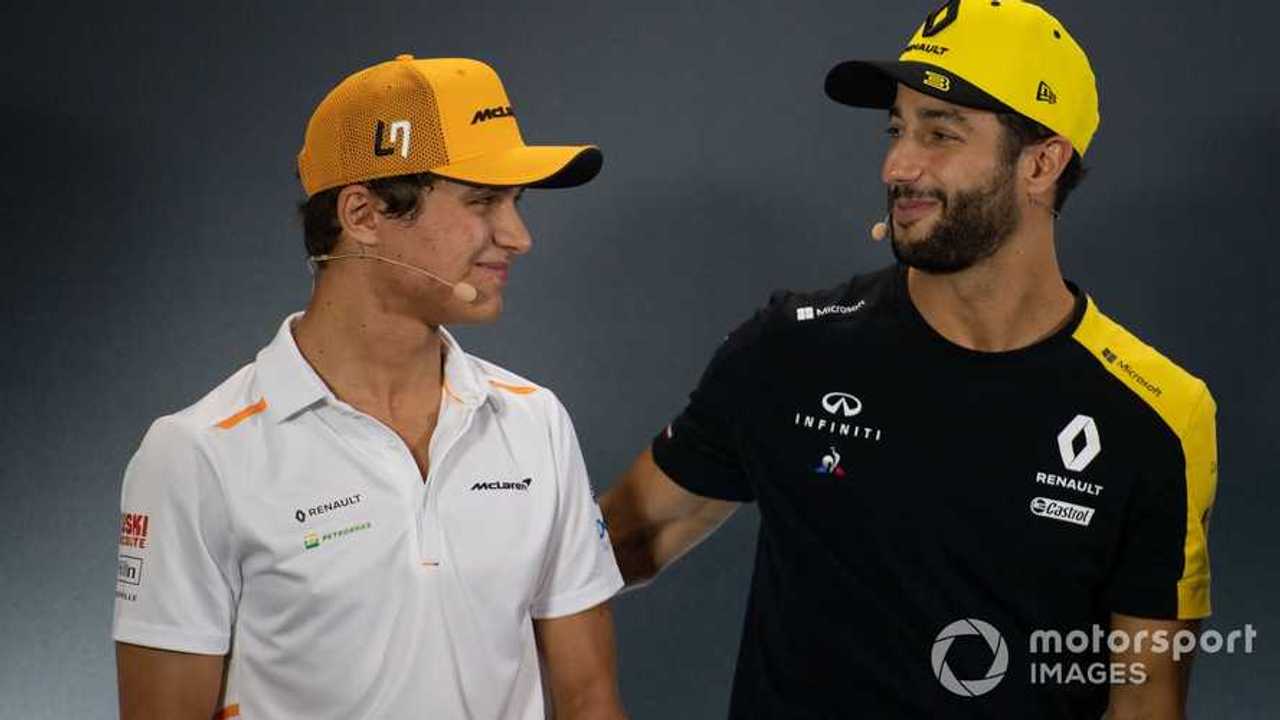 McLaren Formula 1 boss Zak Brown is expecting 2021 signing Daniel Ricciardo to provide a benchmark that will help Lando Norris develop as a driver.

Ricciardo will join McLaren for the 2021 season as part of the driver shuffle sparked by Sebastian Vettel's split with Ferrari, the German's spot to be filled by current McLaren driver Carlos Sainz.

Speaking on Australian TV, Brown said the arrival of a proven Formula 1 race winner at the team is seen as an important step towards a return to title contention for the Woking squad.

At the same time he's expecting young talent Norris to benefit from Ricciardo's experience, and the solid benchmark the Aussie will be able to provide.

"We wanted Danny the first time around, before he went to Renault," Brown told Fox Sports' Supercars Sidetracked programme.

"I've been a Daniel fan for many years. I think he's awesome on the track, super aggressive, he's not scared of anyone and he's got great pace.

"I don't think it's going to be in '21, because that'll be a carry-over from this year's car, but hopefully in '22 and beyond we'll continue to step up the grid."

"I think we've got two very serious racecar drivers on the track, two great characters off the track, two fan favourites, great with sponsors, and they're at different stages of their careers.

"And I think that will be complimentary. I think it will help bring Lando along and give him a benchmark – as we know whatever time Daniel does in a car, that's as fast as that racecar will go.

"So that's a great comparison for Lando.

"To have a seven-time winner back in a McLaren... we're a team that's always had race winners and world champions in our cars. So it just feels like on our journey back to the front, Daniel will play a a big role in helping us get there."