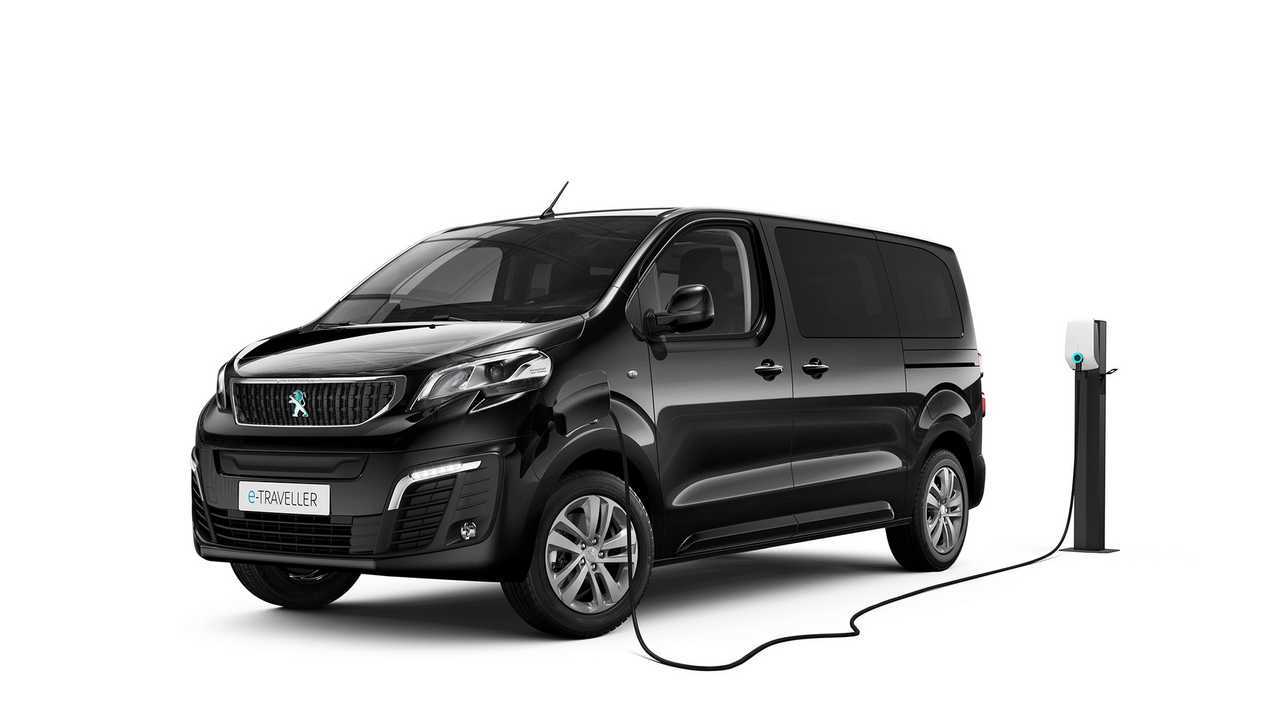 The van-based people-carrier will go on sale in the second half of this year.

Peugeot has revealed its new electric Traveller MPV, which will be capable of eking 143 miles from a single charge. The brand’s biggest people-carrier is based on the Expert van, which was launched with electric power earlier this year.

Like the electric Expert, the e-Traveller uses a 50 kWh battery pack housed under the floor to power a 134 bhp electric motor. Having said that, the driver can in fact choose how much power the motor produces. In normal mode, it’s restricted to 107 bhp, while Eco mode strangles it to 81 bhp for maximum range.

Only in Power mode will the full might be unleashed, giving the eight-seat e-Traveller the chance to offer reasonably solid performance figures for a vehicle of its ilk. Officially, 0-62 mph takes 13.1 seconds and it can travel at speeds of up to 80 mph.

Find out more about the Expert van that underpins the Traveller:

Of course, range and charging are of far more concern to prospective owners, and filling the e-Traveller’s battery takes seven-and-a-half hours from a 7.4 kW domestic wallbox charge point. A complete fill from a 13-amp, three-pin household wall socket would take a mammoth 31 hours.

Using an 11 kW charging point and specifying the optional 11 kW on-board charging system would allow you to cut that to five hours. And a 100 kW rapid charging terminal will get the battery level to 80 percent in half an hour.

Two different versions of the e-Traveller will be available to UK customers, with Standard and Long lengths on offer. The 5.3-metre Long version will allow you to carry eight people with 1,500 litres of boot space, while removing the rearmost seats allows customers to convey five people with 3,000 litres of load space.

Externally, the e-Traveller will look similar to the standard diesel-powered vehicle, but a model-specific grille and an e-Traveller monogram at the back will mark it out. On the inside, meanwhile, the e-Traveller will get special graphics for the infotainment system, and there will be a head-up display adapted for use in an electric vehicle (EV).

Other on-board equipment will include a “thermal pre-conditioning” system that can heat the e-Traveller before the driver gets in, while the Apple CarPlay and Android Auto smartphone integration systems will also feature. Full UK pricing and specifications are yet to be confirmed, but Peugeot has confirmed a choice of two trim levels: Active and Allure. Both are expected to arrive in the UK during the second half of 2020.