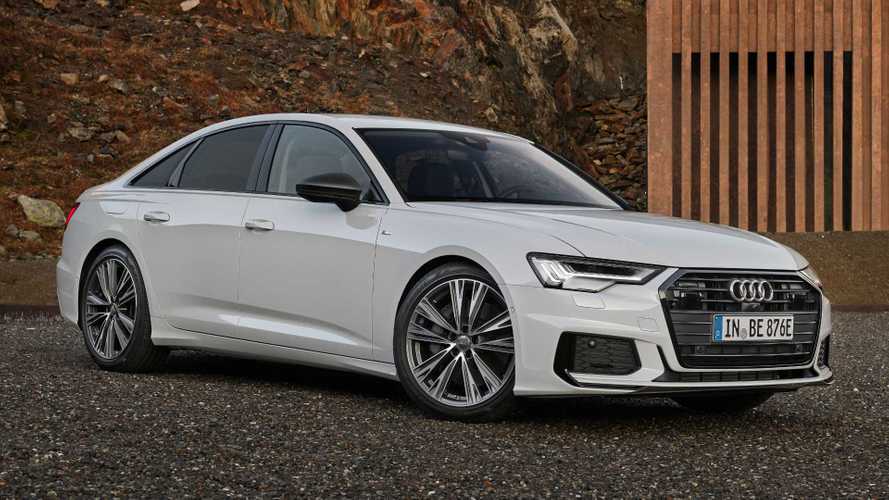 The petrol-electric saloon will do 34 miles on electricity alone.

The order books have now opened for Audi’s new plug-in hybrid A6 executive saloon, which costs £52,790 in its cheapest guise. Dubbed the 50 TFSI e, the newcomer will offer an all-electric range of 34 miles per charge, while Audi hopes company car drivers will be enticed by the 10-percent Benefit-in-Kind tax rate.

Initially available solely as a saloon, with an ‘Avant’ estate to follow later, the car comes with a 2-litre petrol engine and an electric motor to create a four-wheel-drive, four-door luxury car with 295 bhp. That means it can manage the sprint from nought to 62 mph in 5.5 seconds, while the official carbon dioxide emissions figure sits at 35 g per kilometre.

More versions of the Audi A6:

Audi paints it black with new A6 Black Edition

According to Audi, a full charge of the lithium-ion battery pack takes seven hours from a conventional three-pin wall socket, but charging with a 7 kWh home charging wallbox takes around two-and-a-half hours. Owners will also be able to take advantage of Audi’s e-tron charging service, which grants access to 18 charging networks across the UK and amalgamates all costs incurred in one monthly invoice.

As well as the high-tech, high-voltage powertrain, the 50 TFSI e comes with a choice of four different trim levels. The ‘basic’ version is the Sport grade, which comes with 18-inch alloy wheels, a twin-touchscreen infotainment system and the Audi Virtual Cockpit digital instrument cluster. Wireless charging, Alexa voice control and smartphone integration systems are also part of the sub-£60,000 package.

Spend a little more on the S Line model and you get bigger 19-inch wheels, lowered suspension and sportier body styling. Inside, meanwhile, the higher-end car gets sports seats and black roof lining, as well as upgraded matt brushed aluminium inlays and stainless steel pedals. The Black Edition is a development of this theme, adding bigger wheels and a glossy black styling pack to the standard S Line equipment.

Moving up to the Vorsprung model, however, the changes are slightly more pronounced. Power door closure, electric steering column adjustment and a Bang & Olufsen premium sound system are all included, along with a panoramic glass roof. Valcona hide adorns the sports seats, while the driver also benefits from a fighter jet-style head-up display that projects information onto the windscreen.

“Audi has a long and distinguished history in the executive class, but what is less well known is that we also developed our first petrol-electric hybrid car for this segment over thirty years ago,” said Andrew Doyle, the director of Audi UK. “We’re bringing to bear the three decades of formative experience in hybrid production that began with that Audi duo model back in 1989 in this latest, state-of-the-art TFSI e model.

“In the UK, we have also combined the impressive efficiency which secures the TFSI e a very competitive taxation position of as little as 10-percent BIK for company car drivers and no VED in the first year with the kind of exceptional specification offer our customers have come to expect from us, particularly in the Vorsprung version.”