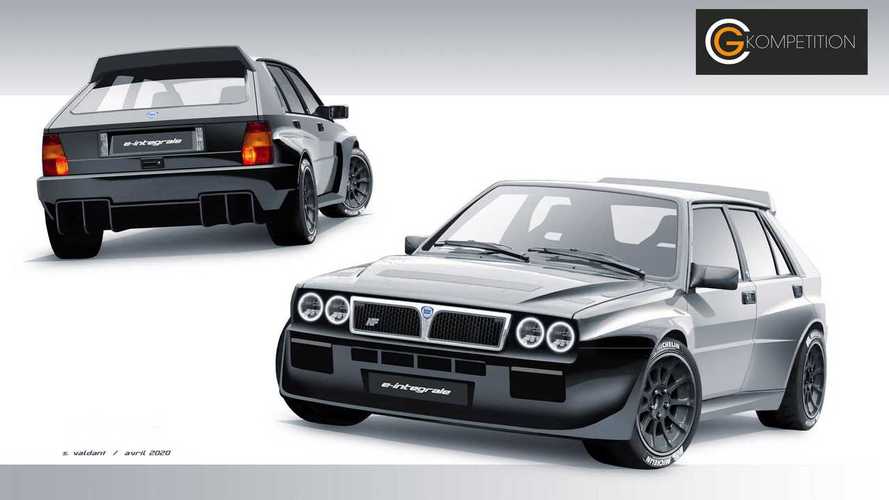 The idea comes from a French World Rallycross team.

While some car collectors are at ease in turning their classic vehicles into EVs, others classify that as heresy. The former often use these machines as daily drivers, and they don't want to give them up due to traffic restrictions such as the ones in place in London or Paris. These are probably the clients GC Kompetition aims to please with its E-Retrofit Premium series. The first car to receive this treatment will be a Lancia Delta Integrale.

The intention of the conversions is that they will respect the spirit of the cars. The e-Integrale, as the drawing above allows us to see, will receive a kit developed by GCK along with GCK Energy, a company that also belongs to the French pilot Guerlain Chicherit.

Both the retrofitted classic rally car and GCK's first Electric Racing Vehicle will be simultaneously presented. That suggests they will share components and probably some performance numbers as well. A dull or slow electric Lancia Delta Integrale would fail to honour its legacy.

Considering the first car to be part of the E-Retrofit Premium series, we could bet on some other notable names. Let's name a few, such as the Audi Quattro, Subaru Impreza WRC, Ford Escort RS1800, Toyota Celica Turbio, and Mitsubishi Lancer Evolution.

We have tried to contact the company both on its Facebook page and through the contact page on its website, but we still have not heard back. We will either update this article or write a new one when we have more details about the E-Retrofit Premium series.

The lucky – and wealthy – candidates to own one of these machines will be able to do so when pre-orders start in October. The vehicles will be sold with everything set just to turn them on and enjoy the torque and silence only electric cars can offer. Sadly, anyone asking how much that will cost – such as us – probably will not be able to afford it.