The real thing is coming within the next 18 months.

Last week was a bittersweet kind of week for Nissan fans. “Bitter” because their favourite company announced plans to reduce production capacity by 20 percent to 5.4 million cars annually and cut the number of models from 69 to fewer than 55. “Sweet” because Nissan teased literally a dozen of new vehicles through a video featuring shadowy silhouettes of 12 cars and trucks.

By far the most important to enthusiasts was the new Z. Reportedly called “400Z,” the rear-wheel-drive coupe’s replacement is long overdue, but it will arrive within the next 18 months along with all the other 11 models. It didn’t take too long for Nicolas Cavero to tinker with the brightness of the teaser video in an attempt to unlock the design secrets of the 370Z successor. 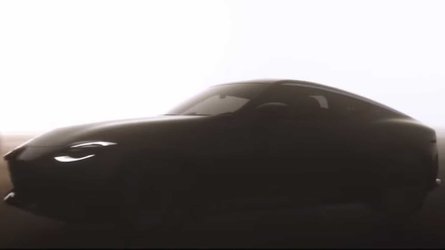 The 240Z vibes we got from Nissan last week are now more evident in this speculative rendering, especially if you look at the round headlights and the square mouth. The flatter rear end was not previewed in the video, but reports say it will accommodate wide 300ZX-style taillights. Much like the other Z cars before it, the 400Z will have a long bonnet, heavily sloped roofline, and prominent rear wheel arches.

Nissan revealed its revamped sports coupe will have the new Z emblem adorning the rear pillar, behind the tiny rear-side windows, while a chrome strip will decorate the upper edge of the greenhouse. These design features have both been incorporated into the speculative rendering in an attempt to get as close to the real thing as possible.

The new Z is coming: 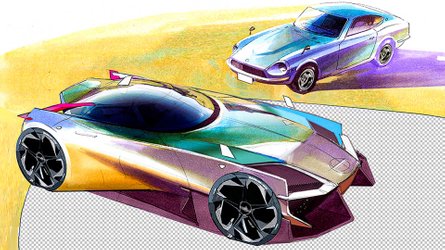 The interior cabin is shrouded in mystery at this point, but people in the know have said the 400Z will get a touchscreen infotainment and a dashboard layout derived from the Altima and Sentra. That honestly doesn’t sound too exciting, but surely the cabin will be adapted to better suit the sports car. It will remain purely a two-seater with a generously sized cargo capacity compared to other small coupes. No word about the roadster yet, though.

The next Z car will allegedly feature a variation of the twin-turbo 3.0-litre V6 engine inherited from the Infiniti Q60 Red Sport 400 hooked up to a six-speed manual or a nine-speed automatic. A hotter Nismo derivative could arrive further down the line with as much as 500 bhp, but that remains to be seen.

With Nissan promising to launch the car in less than two years from now, we’re hoping to have spy shots of prototypes undergoing testing in the following months.